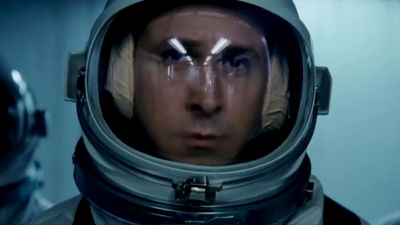 A lunar landing with Apollo 11 '' This is a small step for one person, but for mankind it is a big leap, 'the astronaut left the wordNeil ArmstrongMr.'s autobiography was made into a movie "First Man(First Man) "trailer has been released.

A man looking at a serious look.

This man is Neil Armstrong who will accomplish his first lunar landing later on. While staring at the moon ......

We will talk about the wonder of the idea of ​​"Become a man who walks the moon for the first time".

"We chose a difficult job that requires a lot of technological progress, we must start from the point of view".

Beyond the flight to prepare for death in trouble ......

A beautiful sight that will be the boundary between the earth and the universe spreads.

The pen which gravity becomes small and it floats with fluff.

"After we master these tasks, we will land on the moon"

However, due to failures many times, anxiety will accumulate.

"Neil, if you succeed in the flight, you will leave a name in history, but are you not thinking of other possibilities?" To the reporter's question ... ...

"We are planning the flight to succeed," I answer flatly.

The plan goes steadily and the rocket is in front of me.

However, even at this point, the voice "rocket is not safe" arrives.

"Neil, this is not just a trip"

To the son who asks "Do you think you can come back?"

"There is a risk"

"But I definitely will come back."

And to the universe.

"Do not you wonder if this program costs too much?"

"But searching for the universe"

"I am sure to change the way you view things."

However, unexpected events occurred in the actual universe.

"You can not control anything!" 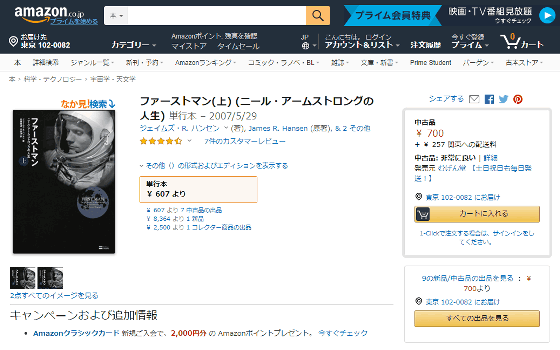