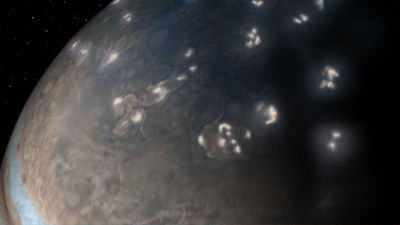 "Thunder" generated on Jupiter has been observed for a long time, but the origin of the occurrence was not clear as the data of the electromagnetic waves received by the spacecraft was limited. NASA's Jupiter ExplorerJuneau"The nature of the thunderstorms of Jupiter that has not been understood for 39 years is known from the mission researcher's article published in the science journal Nature.

Since the arrival of the space probe "Voyager 1" in Jupiter in March 1979, it was known from the data of the radio receiver that thunder had occurred in Jupiter. However, Jovian thunder data recorded by Voyager 1 and "Galileo" "Cassini" etc. are limited to visual information by visual observation and radio signals restricted to the frequency range of the kilohertz band, occurring on Jupiter I did not know the details of what the lightning is doing and the mechanism of its occurrence. 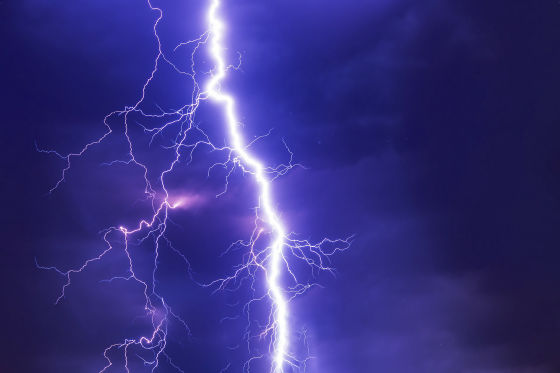 Ivana Kolmasova 's team of NASA' s research team and others succeeded in detecting numerous radio wave data of thunder which Juno generated in Jupiter. Juno is equipped with a high performance detector called MWR (Microwave Radiometer Instrument), and since July 4, 2016 we entered orbiting Jupiter and collected data. In the first eight orbits, MWR detected the discharge signal by 377 lightning strikes and successfully recorded not only the kilohertz band but also the megahertz radio waves. As a result of analyzing this data, it seems that relatively high frequency radio waves of 600 MHz have been confirmed for Jupiter's thunder, and it seems that it is much closer to the thunder of the earth than previously thought. 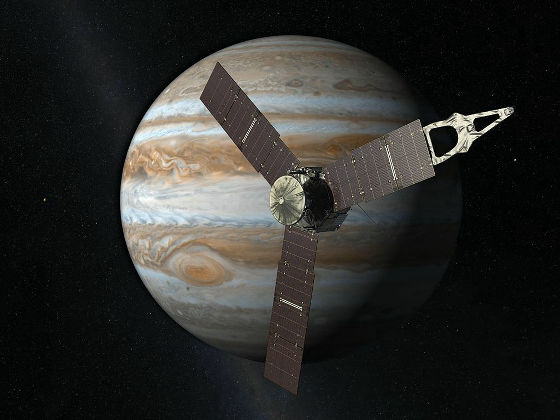 Lightning itself was similar to that of the earth, but it has also been found that the place of occurrence is distinctive. According to the detection data, thunder did not occur on Jupiter on the equator and thunder was seen mainly in the vicinity of both poles. Researchers believe that "heat" is the cause of lightning occurrence only in the extreme.

In Jupiter, which is 5 times farther from the Sun than the Earth, the irradiated sunlight is one-tenth that of Jupiter, so Jupiter's temperature is determined by the heat generated by Jupiter itself. However, although the energy of sunlight is a negligible amount even though it is one-twentieth, "the atmosphere is heated by the sunlight near the equator, stability is brought to the atmosphere of the upper layer, preventing the occurrence of ascending air current On the other hand, researchers think that the upper atmosphere is not warmed in the vicinity of the pole, it is unstable, and it is more likely to cause lightning. " At the pole where the atmosphere is not stable, warm gas blows up, rises, causes convection, and thunder is produced. 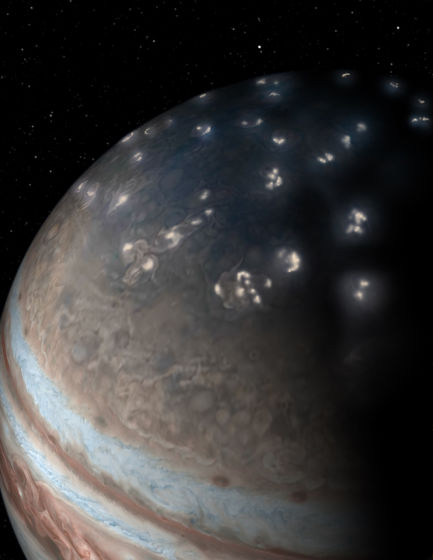 "The discovery this time will help us understand the composition of Jupiter, the atmospheric circulation, the flow of energy," said Shannon Brown of NASA. However, although Jupiter's thunder which was confirmed to be generated in the vicinity of both poles by this research, it seems that a new mystery called "Why is it mostly observed near the Arctic?"