"Revival of King Burph Bali [Complete Edition]" Screaming Screening Scouting Report, everyone voices and bangs a bell and a tambourine 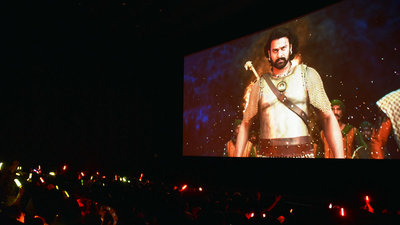 This work is released on Friday, December 29, 2017, Blu-ray · DVD is also released on February 21, 2018, but it was fascinated and watched at the cinema, twice and three times People who take legs are going on,Released the heroine's singing and dance scenes cut by the international version Realize the release of "complete version" in JapanShe said that she did.

In Shinjuku Piccadilly, screaming screening of "Voice OK OK · Ring OK" was performed as "Eve Festival" on Thursday May 31, 2018 (Thursday), the eve of the opening day, so I've experienced that scene screening. There was also a figure of a person who participated for the first time, but a considerable sense of unity in voice making from before the start. End of the previous year, the lighting got dark and the distribution company ·twinWhen the name of "Thank you!" Voice is jumped. 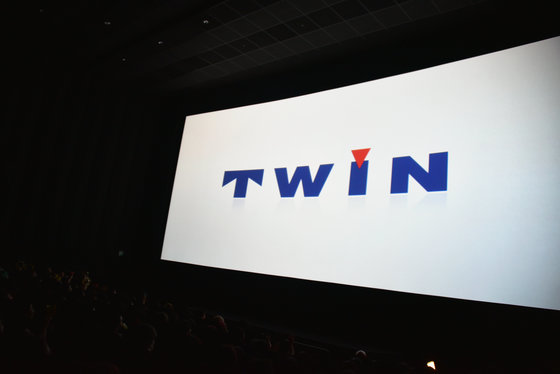 When the title is displayed, the psyllium is swung ... ... 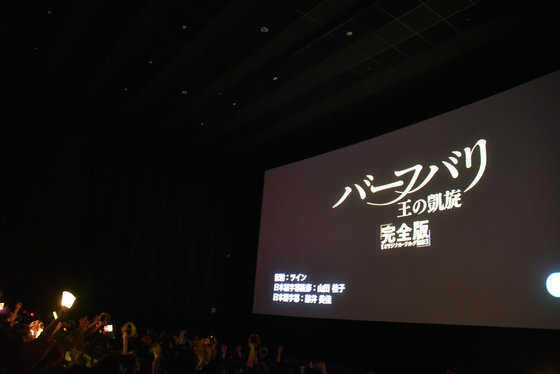 At the opening, you hear the sound of tambourine and bells ringing from the whole theater to match the rhythm. 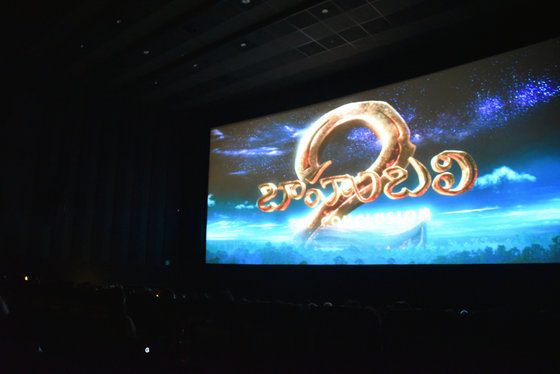 As for the main part originally it is the composition of the front and rear edges of "legend birth" and "the triumph of the king", and the point where excitement comes from immediately after the start comes up. The scene where the heroine Amarendra / Burf Bali rides on the elephant and draws a bow is a scene that was becoming a topic even at SNS, cheers for supporting Burhubari rose.


In line with Mahishmati citizen pushing up the fist in the middle of the work, the arms are pushed up even in the theater, the other side of the screen and this side are united. The cheers of "Burf Bali! Burf Bali!" Are particularly easy to vocalize. Barrbali as the hero, hevin 's Devasena, of course popular and comes out on the screen, the voice is taken, but it was the cousin who was cheered on behalf of Divasena. Not only because it is the key character of "the triumph of the king", its personality was widely loved. 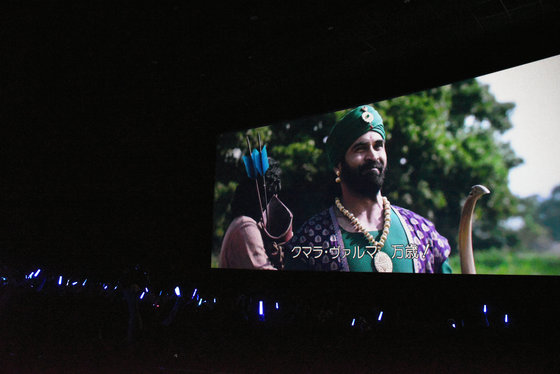 In the complete version, Devasena sang "Cute Krishna God"The scene that sings and dances is" resurrection ". In the theater, it seemed that many people were fascinated by DevaSena's singing and dancing, with pink psyllium in hand. 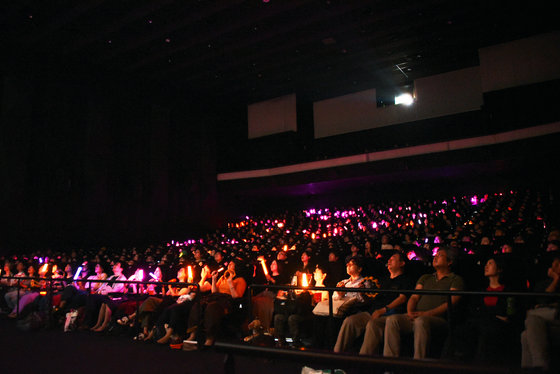 A scene in which Burf Bali and Devasenna struggle together, which is also used for poster visuals. 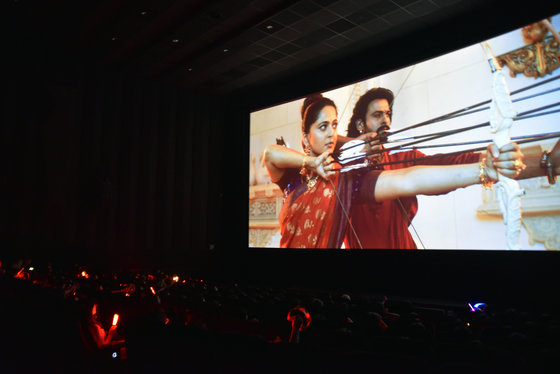 Anyhow, in this place "cut" cut as expected comes out, "Burufubari" that I want to cheer naturally when I see it. 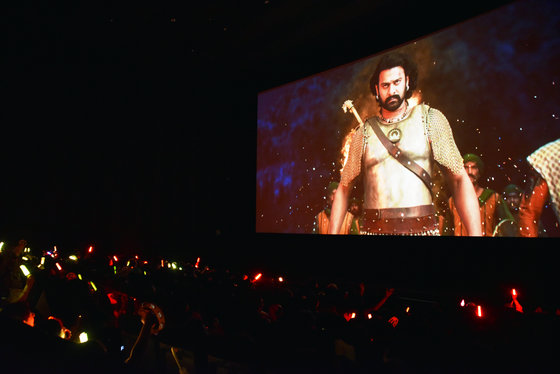 If the citizens of Mahishmati cry out in the movie "Burger Bali Banzai!" ... However, the middle stage is a conspiracy swirling development, so to watch the progress quietly ... .... 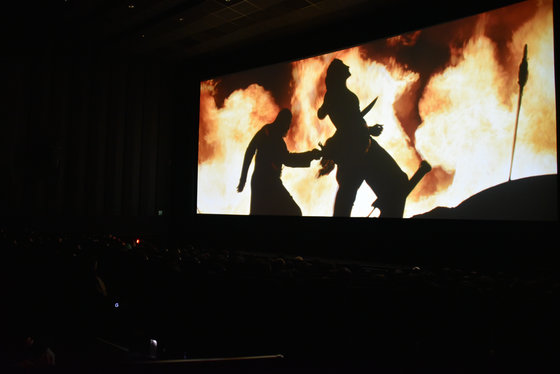 From around the scene where the national - mother Shivagami carries Mahendra Barra Bali, a son of Amarendra and Devasena, the air has changed completely. 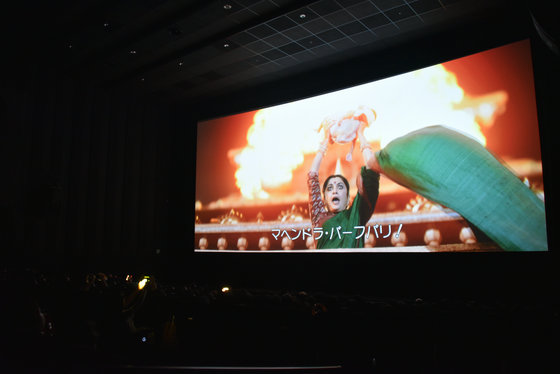 The work enters a big battle in the second half from here. 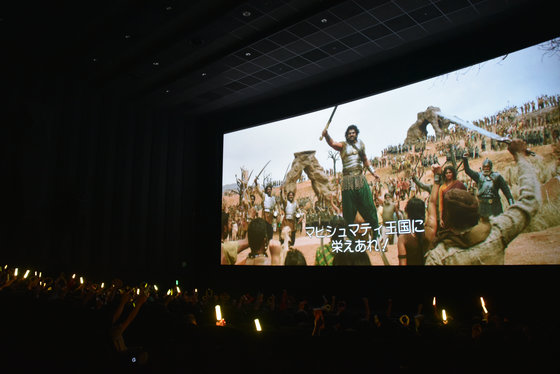 This is also a topic on SNS, a scene that fly like making a barrel shaped like shaping shields. There is no other choice than to say "Wow!" "Where the cutaway defends the oath", where the old warrior cutaway shows a stamina, there are many voices of support to the cutter. 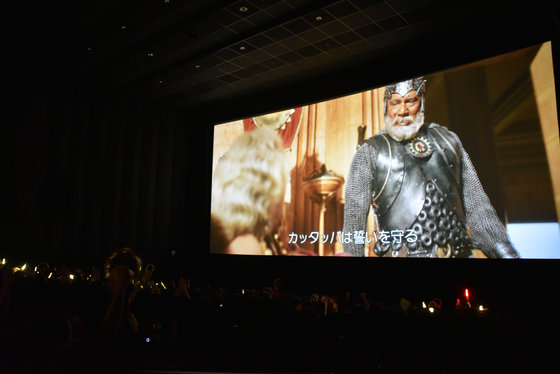 Barkhari and Barara Deva, please see the end of the showdown of fate at the cinema. 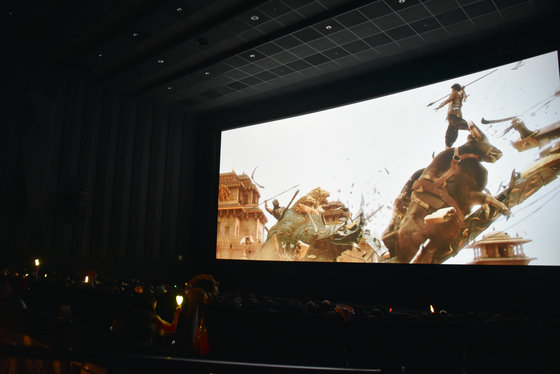 I think that some people feel that the hurdle is high when it says "screaming screening", but since all the people around the world are not mixed with people who are not all repeaters, they are participating in the same way with excitement There are many people. Also, in the case of Burhubari, as Mahishimati citizens are working and several scenes are raised like "Burp Bali Banzai!", They are in an environment that makes it easy for them to voice together. Even if it is a villain service Ballaradea, in a scene that shows its physical beauty, as if cheers are raised, if you speak to Burf Bali, Devasena, Kattappa, Kumara, Ballaradeeva, etc. as it is OK. People who care, I think that it is ant to debut this as a machine.

There were also tweets of such impressions.


Burufubari complete version, I went to the screaming screening for the first time in my life

The unity of the venue was amazing ...! It was fun, I was able to go ...!
It was a fun space even for one person, just as I was setting up a high hurdle (by myself) for the first time as Botch & Masquerade, but the people of the administration were disseminating information of "I'm not scared ~"# Burf Bali screamingpic.twitter.com/CvblHZtaZH


A new brochure is also produced in accordance with "Revealed Burp Bali 's triumph [complete version]". The one on the left is the previous one, the one on the right is the complete version. The size is getting a bit smaller, but the number of pages has drastically increased. For example, the page introducing Burf Bali / Prabath has increased to 2 pages, and the number of used pictures is also increasing. However, when another cut is posted, it is a painful place to become "I also wanted that".

In addition to the increase in the number of columns, there is also an interview with Director S · S · Raja Mauri which was done when the complete version was screened in Japan. 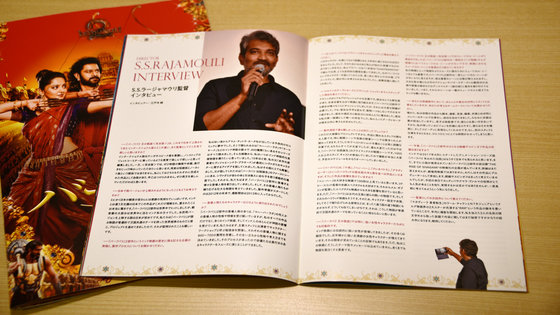 Since the scenario has also been accepted, it is also possible to check the voicing point with this.

There is something delivered by "JOYSOUND" in the song in the "Burf Bali" play, as well as its katakana lyrics. Actually, some people remembered the lyrics of the original language and were singing together. 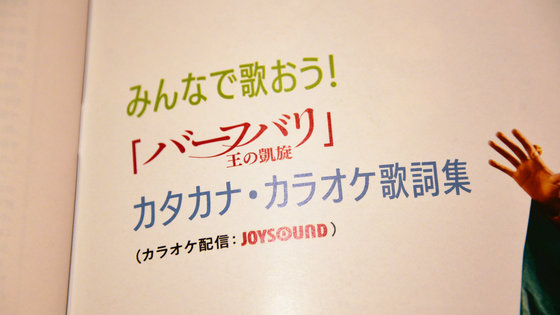 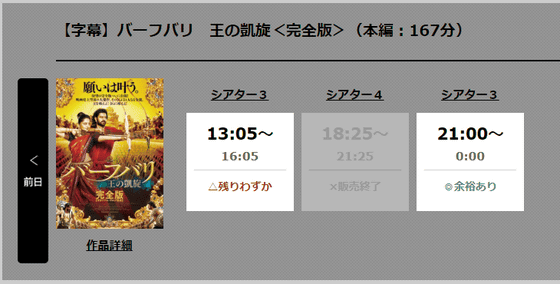