Popular Battle Royale Shooting Game "PLAYERUNKNOWN'S BATTLEGROUNDS(PUBG) "and thisRecord income beyond PUBGI made a battle royal game that mixed craft elements into a third person shooterFortnite"Popular games are releasing applications for mobile one after another. In the past, developers of games that only appeared for PCs and consoles, more aggressively releasing mobile-oriented applications in recent years, why Apple's iOS is preferred to Google's Android TechCrunch cites the reason.

Mobile gaming is having a moment, and Apple has the reins | TechCrunch
https://techcrunch.com/2018/03/21/mobile-gaming-is-having-a-moment-and-apple-has-the-reins/

Here's why Apple is primed to dominate mobile gaming, and big titles like Fortnite will come to iOS first | 9to5Mac
https://9to5mac.com/2018/03/21/why-apple-will-dominate-mobile-gaming/

From March 19, 2018, GDC 2018, the world's largest game developer conference, is being held. TechCrunch's Matthew Panzarino said that the biggest game-related news that occurred during the event was "Fortnite was released for iOS"Is cited. In addition, a few days later, PUBG of Popular Battle Royale Shooting also released the mobile version "PUBG Mobile"iOSandAndroidIt is a big surprise at GDC 2018 that an application was released for these popular games and the mobile application version of these popular games was released, he says.

You can see the movie that shows the state of playing "PUBG Mobile" of iOS version from the following.


Basic play free PC · Xbox One ·PlayStation 4Although it was surprising that Fortnite, which had been released for PS4, was released for iOS itself, he says, "With console and PC playersCross platform"The point where play is supported" was also surprised, he says.

Ordinarily, even though the online game provides services for different platforms, it is possible to use cross platform platforms that have jumped over platform boundaries, such as "online battle between PC users" and "online battle between PS 4 players" It does not correspond to play. However, in recent years, the number of games corresponding to play on cross platform has been increasing, and it is a big event that Fortnite which is popular made it possible for players of different platforms such as PC · Xbox One · PS 4 · iOS to enjoy games at the same time It seems I felt there was.


Also, Greg Joswiak, Vice President, product marketing for leading products such as Apple's iOS / iPhone / iPad, said, "Games are always one of the most popular categories on the App Store. In renewal, Panzarino quotes that he set up his own section for games and introduced the "Today" tab to effectively promote notable apps and games. " From here, it is informed how Apple places emphasis on mobile games on iOS and is trying to promote using the App Store.

In addition, Mr. Joswiak also talks about how Apple has an advantage over rival Android. Mr. Joswiak says that the difference between Apple's iOS and Android is that "90% of the devices are equipped with the latest OS version". This allows developers to proceed with development of the latest version of OS without pressing for multiple versions of OS. Since Apple product users will immediately apply OS updates, developers will be able to quickly incorporate "new functions that appeared on latest devices" into game applications.

On the other hand, Android has many terminals left behind from the version upgrade of the OS, and it is clear that the "fragmentation problem" that the old version of the OS continues to increase has become more serious. 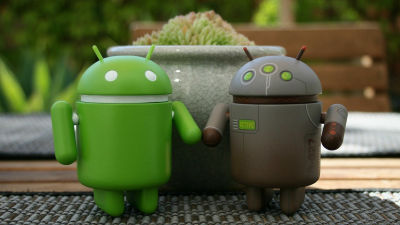 This "High update rate to the latest OS in iOS" and "Old OS fragmentation problem on Android" also leads to why the mobile version of Fortnite was released for iOS, not Android first. Nick Chester of Epic Games, developer of FortniteForbes interviewSo, "Why did not Android version of Fortnite be released at the same time as iOS?", "We are supporting a very wide range of Android devices that we would like to support, so we want to firmly confirm that Android version players can have a great experience, I decided to take time. " Note that Android version applications will also be released within a few months on FortniteannouncementIt has been.

In addition, as one of the big advantages for Apple, Joswiak cites "Apple can provide new technologies to developers every year". This is a comment on hardware that plays games, console game hardware is renewed every 4 to 5 years, whereas the latest models of iPhone and iPad equipped with iOS appear annually, so developers Is that you can always develop games for the hardware with the latest technology. 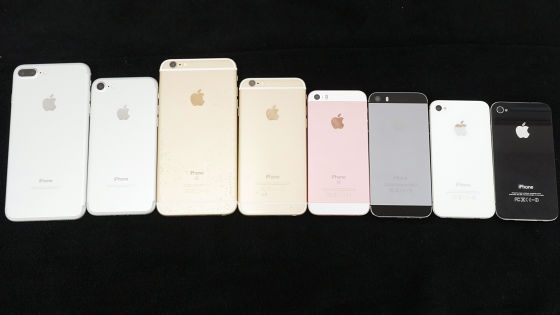 Apple 's Joswiak reveals that he has the idea of ​​regularly releasing console games like Fortnite and PUBG for iOS.