A game "Papers, Please" that becomes an immigration officer and defends passports and terrorists and protects their familiesIt was decided to be a live-action movie. The finished work will be released on YouTube and Steam on February 24, 2018.

However, he checks only people with both habit and two habits.

They are people who want to enter the country by all means because of some circumstances.

The examiner just allows you to enter the country, refuse it, keep pressing the stamp.

However, since he is not a machine with him, he has a head and sometimes suffers.

What exactly is it finished in the work?

In addition, with the cooperation of fans this work is supposed to be subtitled in multiple languages. You can see what languages ​​are available in the samples published in Instagram, but it seems that Japanese is not prepared. 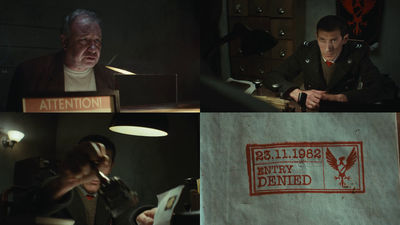