It turned out to be able to harvest wheat etc. 6 times a year in crop cultivation using LED light The population of the whole world is steadily increasing, and around the year 2100 at the end of the 21st centuryIt reaches 11 billion peopleIt is predicted. In such a future earth, how to produce the necessary food for all people to live is said to be a problem, but as a new cultivation technique that can solve this problem, use LED light Research on ways to greatly improve the growth rate of crops is under way. When growing crops in a spaceship where the usable space is extremely limited, the amount of harvest against area or volume becomes important. As a result, NASA was working on developing technology to harvest more crops in as few spaces as possible. By applying that technology, we are aiming to solve future food shortages by raising more crops more efficiently on the ground.

The technique used here is to greatly improve the growth rate of crops by using LEDs as light sources. By irradiating light of the wavelength most suitable for each crop, growth at a speed which can not be achieved in nature is realized. Through forced cultivation using LEDs, it is said that the number of times harvesting crops can be harvested in one year is 4 rice bran, and in the case of wheat, chickpea and barley it has reached six times. Crops such as wheat and barley can be said to be "the harvest once a year" is the most known cycle, but the crop can grow and harvest in just two months, the seeds that can be used for the next cultivation It seems not to be an exaggeration to say that it can be said that revolutionizing agriculture will occur.

In the laboratory, we succeeded in accelerating growth by irradiating crops with light for 22 hours per day. Moreover, compared to the incandescent lamp etc. used in conventional fostering cultivation by using LED for the light source, it is also leading to saving of electric energy. According to Mr. Hickey, he is now successful in cultivating wheat and barley at a density of 900 shares per square meter. Up to now, growing genetically modified crops resistant to insect pests and the like has been considered as the most powerful method as a method for increasing the yield of crops, but if this cultivation using LEDs gets even more harvest In addition to being able to become possible, it is possible to increase the yield per arable land area literally "double game" by arranging cultivated land three-dimensionally. In general, weak crops are often grown, such as shortage of nutrients when growing crops quickly, but if this method is used, crops with better nutritional value can be harvested than usual Thing. In the future, the research team is planning to further develop technology and establish a method to enable more reliable harvesting. As the population continues to grow in the future Earth is short of food, the results of the consideration that four people on the earth are needed to live like Americans all over the world are so clear. Not only in agriculture, it is a sign that the era that will not catch up with conventional food production will come soon.

How many planets are needed for people around the world to live like Americans? - GIGAZINE 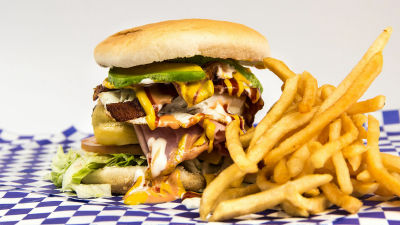