A story that the manga "gun dream" by Yukimi Kijo is going to be a live-action film in Hollywood has been out about 10 years ago, but the trailer which became a shape finally was released. The title is "Alita: Battle Angel" in English title "Game Dream", and it is going to be released nationwide in the summer of 2018.


The trailer begins with the girl Alitala waking up. It can be said that Alita's eyes are very large to the original picture, but there are not a few people who feel discomfort in a comment column.

It was Dr. Id Dyson who awakened Alita.

Id is a cybernetics doctor who attached another prosthetic / artificial leg to Alita's lost arms and legs.

Originally Alita was rolling in the top of the scrap with the upper body alone, and Ido picked it up and "treated" it.

Alitala gets along with Hugo I met in town.

"I want to give my heart to you," Alita really takes out his heart.

However, Alita is getting caught up in the fight of fighting.

"Gunmu" movie project has been in motion since around 2004, but James Cameron, who was scheduled for director, will be late for the movie "Avatar" released in 2009, It has been getting ridiculous for a while. But in 2015 it was announced that Cameron was a producer, not a director, and Robert Rodriguez was produced in charge of the director. 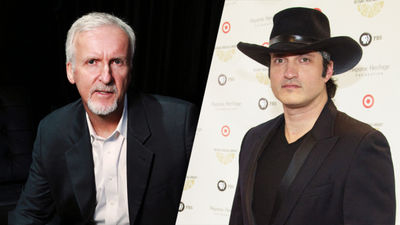 If it is made public in Japan, it is interesting whether it becomes "Alita: Battle Angel" which changed title as it is to katakana, or it becomes "gun dream" following the original work.