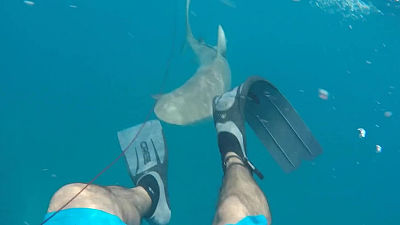 Parker Simpson was attacked by a shark in the waters of the Florida Keys archipelago in Florida, USA. The whole story of a shark that is more than 2 meters long coming to Mr. Simpson and being attacked is captured in the camera, and it is a horrifying image to imagine if the same thing happens to me.

Please be careful when playing the movie, as the video shows the raw scratches when the shark attacked you.


People with harpoons are shown in the movie. 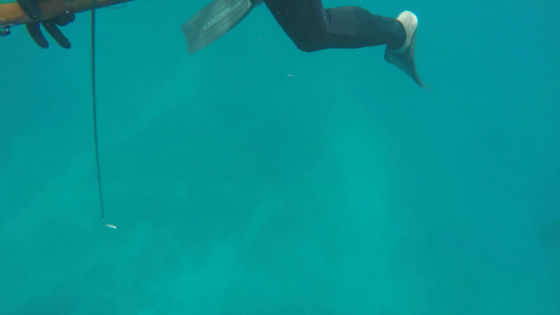 It seems that he was enjoying

spearfishing in the sea because he had a fish in his left hand. 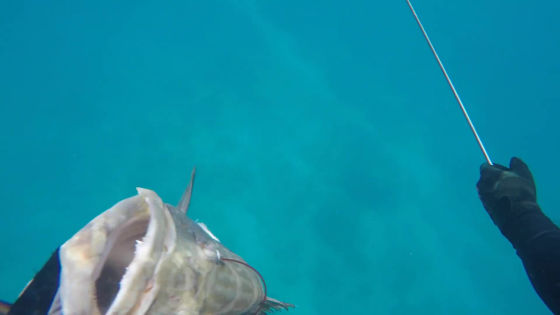 I swim slowly and I don't feel any danger halfway through ... 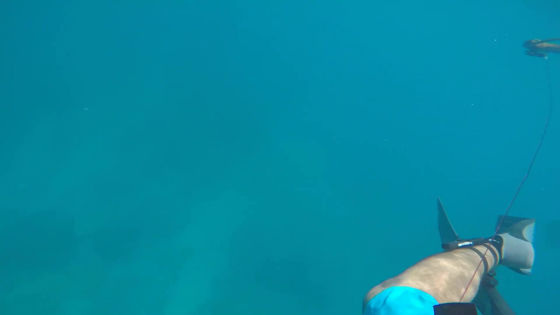 When the direction of the camera suddenly changes, the appearance of a huge shark is reflected. This shark is believed to be a 7-8 foot (2.1-2.4 m) 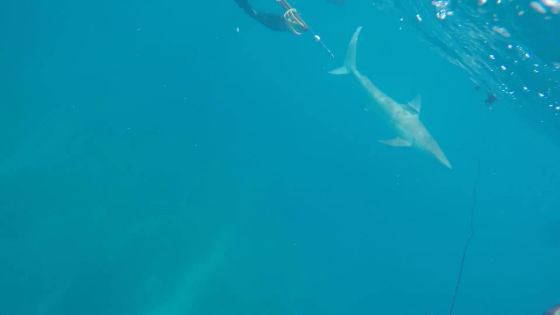 Moreover, the shark slowly turns around ... 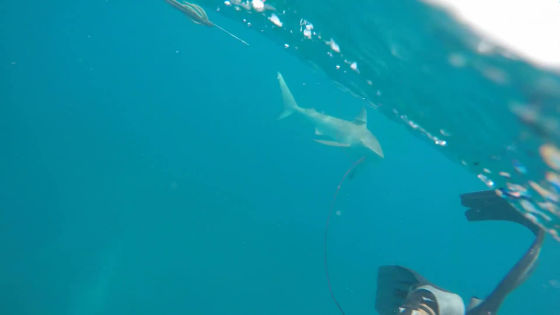 I'm heading over here. The man wearing the camera is desperately trying to escape from the shark by moving his legs. 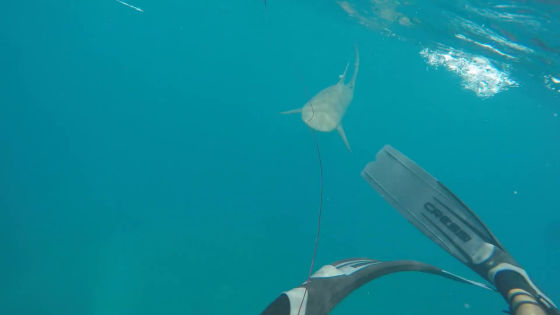 However, sharks are getting closer and closer ... 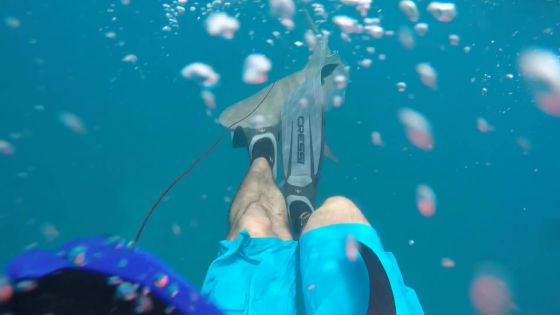 The man started struggling. Since it is under the sea, there is no screaming, just the surface of the sea is bubbling, and even if it is attacked, it is very quiet, which is frightening. 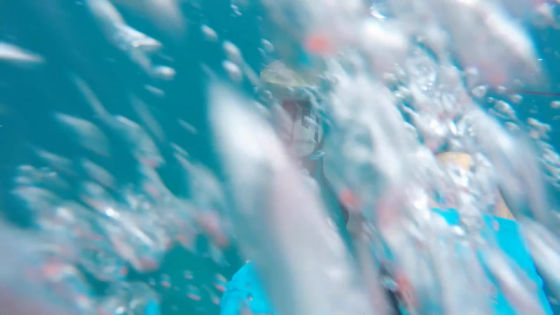 By the time I noticed, the fish on the left hand of the man had disappeared ... 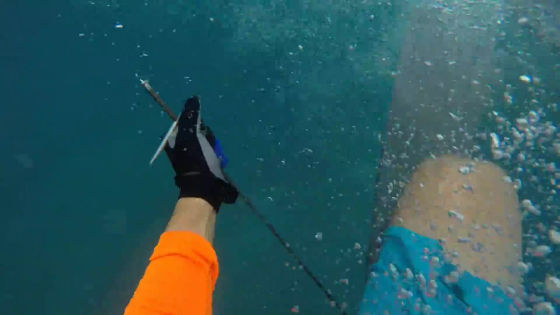 You can see that the leg is injured. 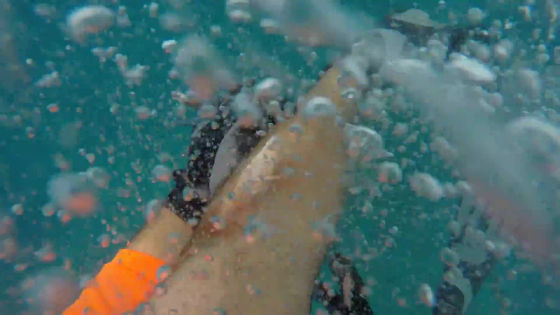 The image below clearly shows a man's leg being injured. Click the image to remove the mosaic. 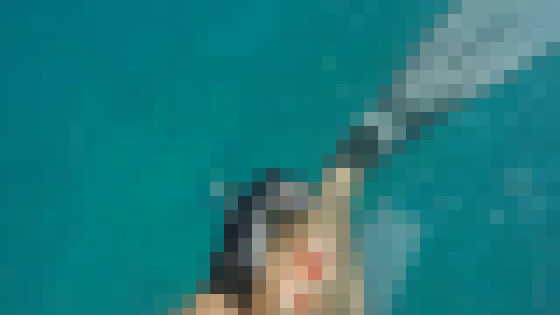 Raise your face once ... 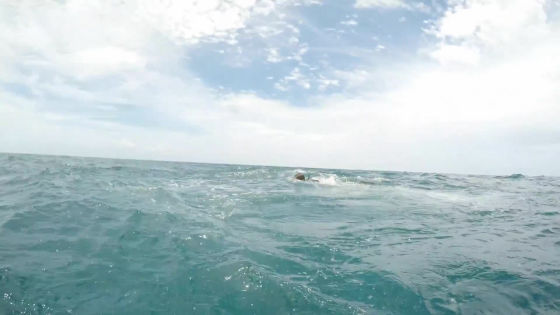 I will go through again. As if they were afraid of the sharks coming again. 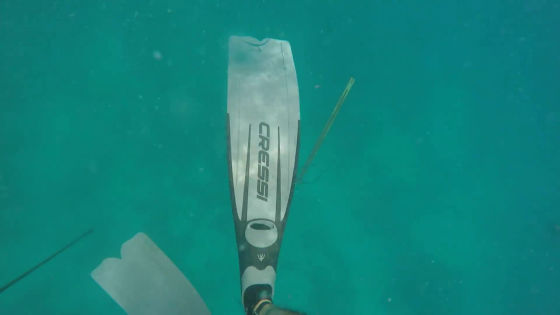 It seems that nothing is shown in the image, but there are also scenes that point to something. 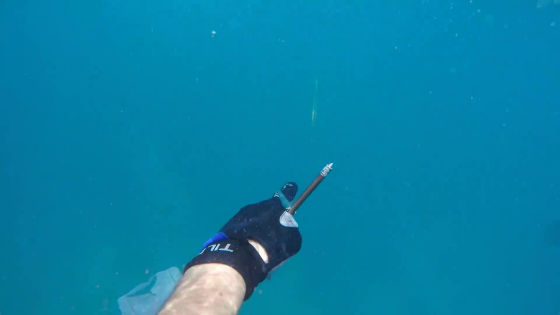 A man screaming, 'Justin, bring me a gun! 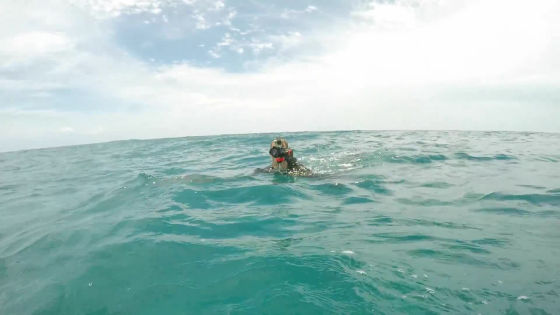 The ship is still far away. 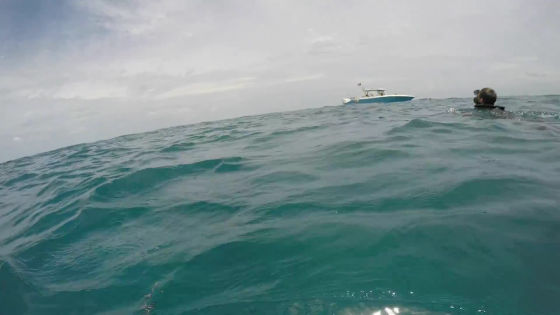 Desperately hold down the bitten leg. 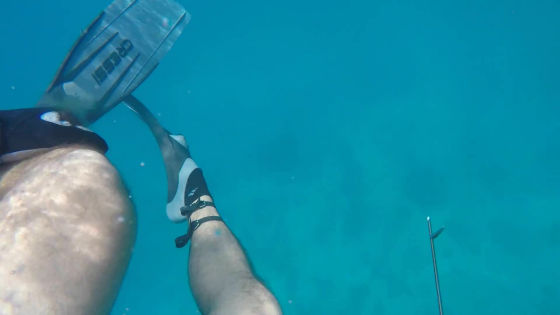 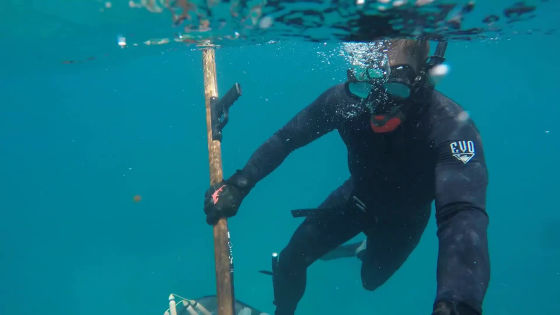 I see a wound. 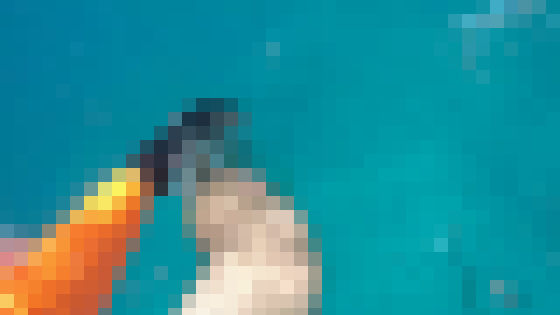 And move with the help of a man. 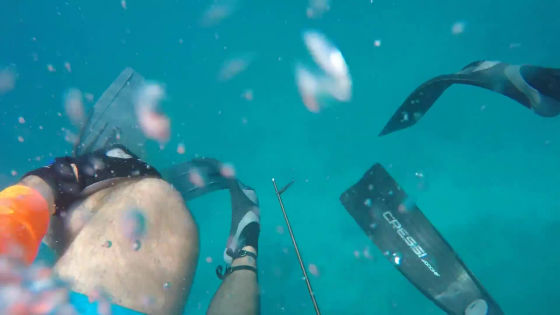 I finally arrived at the ship. 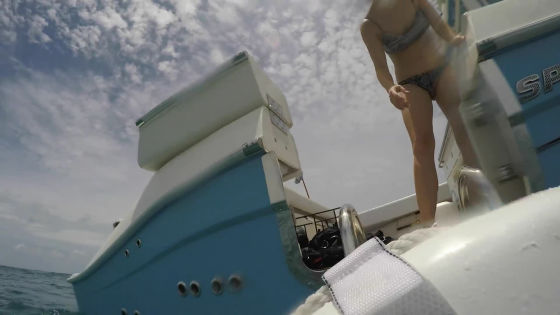 I can't get on the boat on my own and I get the help of a woman. Once on the surface of the sea, the movie will capture the painful moans of a wounded man that could not be heard underwater. 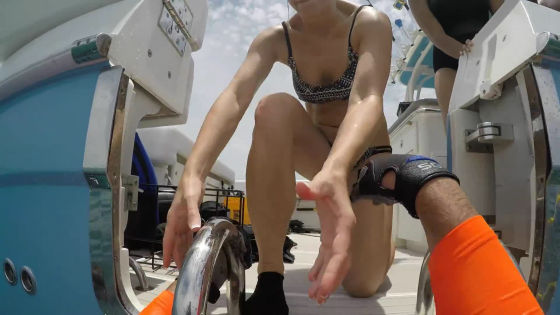 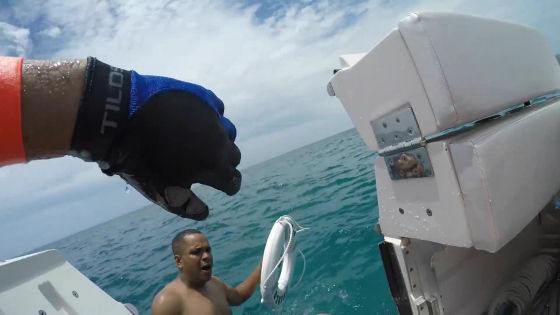 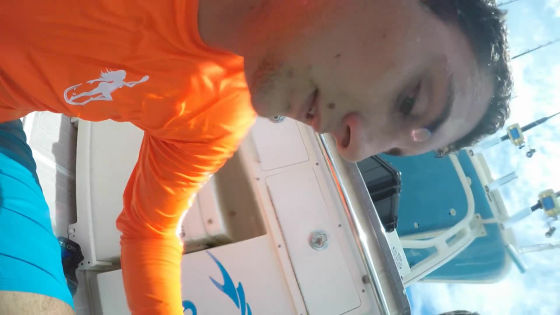 The painful wounds showed the intensity of the attack. 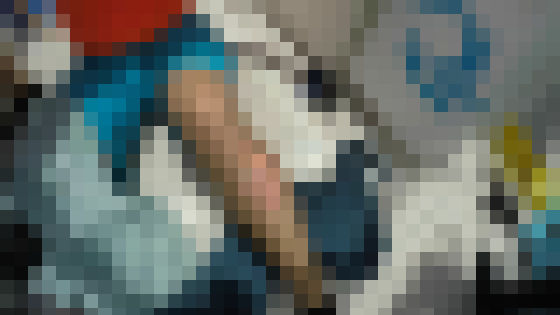 Parker Simpson, who was injured, went to the hospital and was not treated, but he said he had lost more than 1 liter of blood due to the shark attack. The shark seems to have been aiming for the fish that Simpson had, but Simpson says the attack continued even after he let go of the fish.