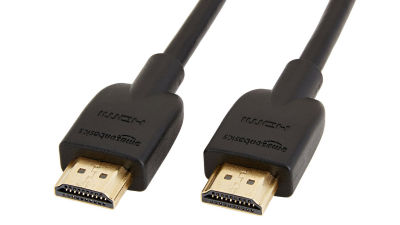 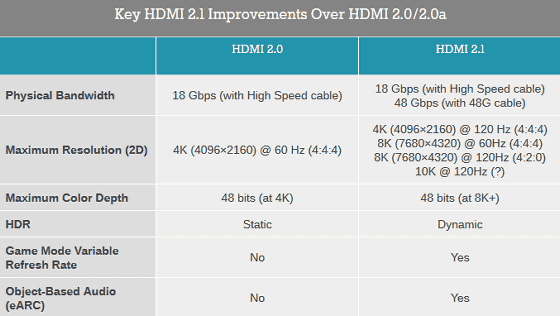 According to the HDMI Forum, bandwidth expansion will be achieved with a dedicated 48G cable that further reduces electromagnetic noise compared to conventional high-speed cables. The connector shape is the same as the conventional HDMI cable, and backward compatibility is maintained.

HDMI 2.1 now supports dynamic HDR. With traditional static HDR, you can't change the HDR grading depending on the scene, you can only do the same HDR processing in bright and dark scenes, but with dynamic HDR supported by HDMI 2.1, video metadata By utilizing, HDR processing for each scene is possible with optimized brightness, contrast, and color range for each frame.

In addition, the lag, stutter, and tearing of the rendered video can be reduced by supporting the game mode VRR that changes the refresh rate, and the image quality of the game video can be expected to improve. By supporting it, the most advanced audio formats will be supported.