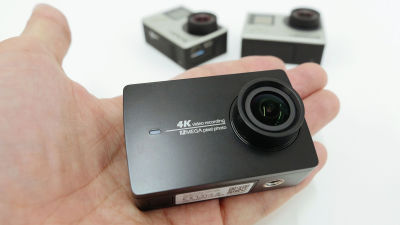 Xiaomi (Xiaomi), which is making a leap from a Chinese smartphone maker to a home appliance maker, has released the second generation action camera 'Yi II'. Xiaomi's action camera, which has the same shooting performance as the GoPro HERO 4 Black Edition capable of 4K / 30fps shooting, is equipped with an LCD touch monitor and is half the price, which is exactly the same method as a smartphone with super-discount and high performance. I immediately tried what it was like. 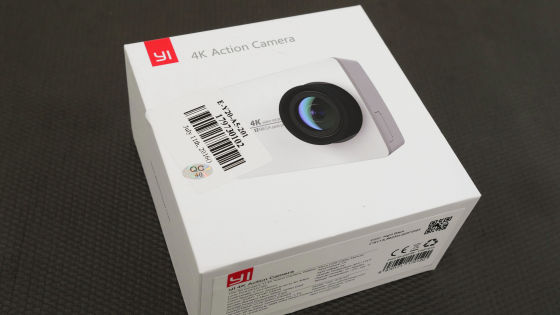 When you open the box, Yi II appears. 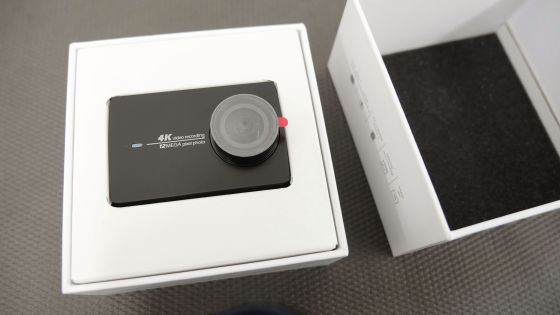 In addition, a sponge-like cushioning material was pasted on the inside of the lid so as not to damage the lens. 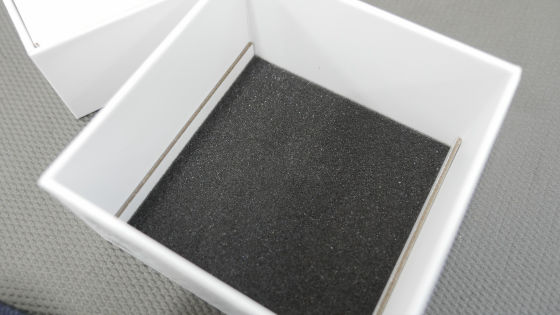 The contents are the Yi II main unit, battery, Micro-USB cable for charging, and simple instructions. 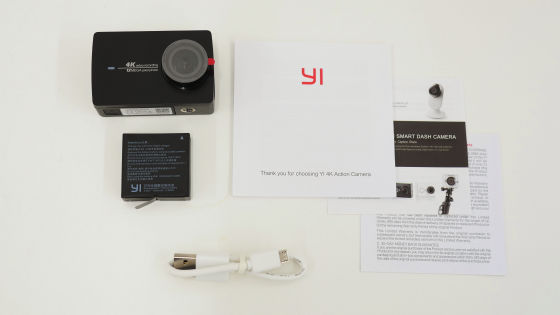 Peel off the protective film on the lens ... 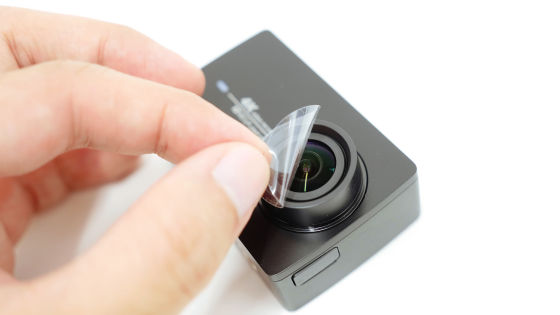 Also remove the protective film on the LCD monitor. 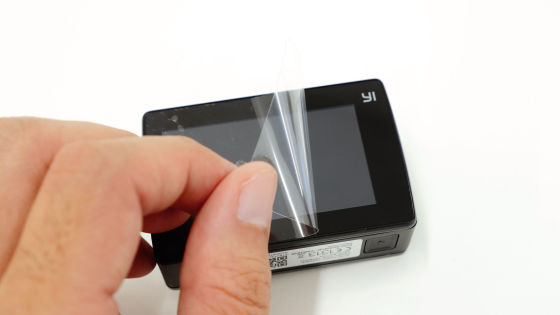 Yi II is a design that completely traces the 'GoPro HERO' series, which is synonymous with action cameras. The lens with an F value of 2.8 is protruding, and it is the same as GoPro up to the point where it is easily damaged. The size is 42 mm in length × 65 mm in width × 21 mm in depth, and weighs 95 g. 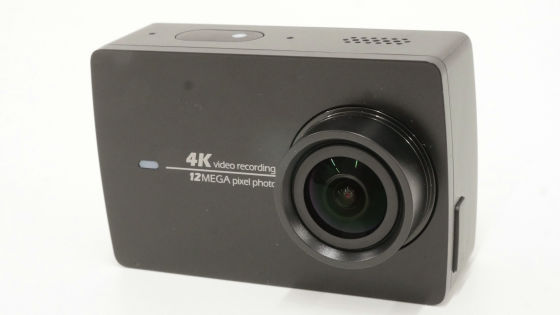 On the top is a speaker, two microphones, and a power / shooting button. 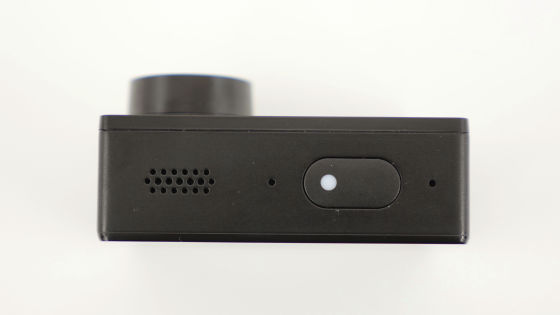 There is no button like GoPro on the front with the lens. The sensor uses Sony's IMX377, and the Yi II can shoot 4K (3840 x 2160) movies as the notation '4K' indicates. An indicator LED that indicates the shooting status is mounted on the left side of the print notation. 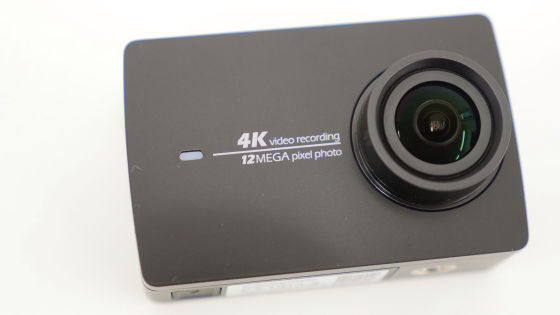 Micro-USB port for power supply on the right side. While the GoPro HERO 4 series has a relatively minor Mini-USB port, the later Yi II is convenient because it can use the more widely used Micro-USB cable. 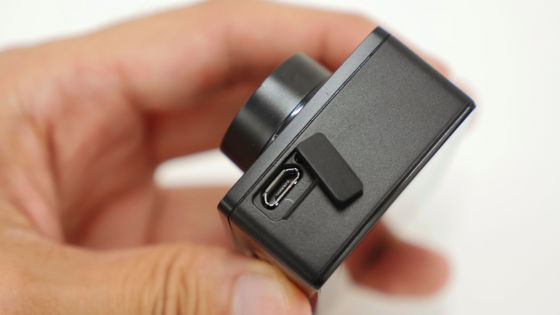 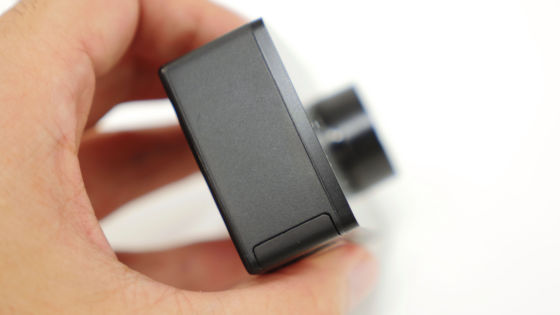 The battery is attached and detached from the bottom. There are also screws for tripods. 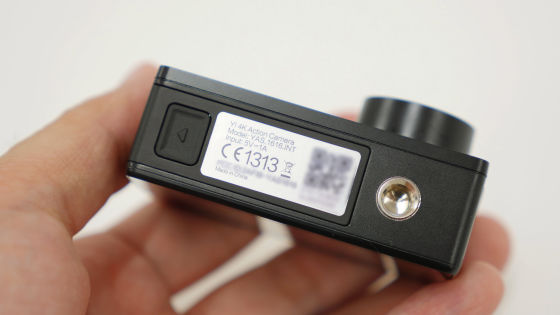 Sliding sideways to release the cover is the same style as GoPro. 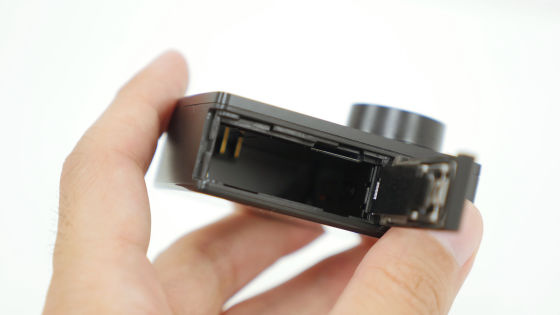 It has a microSD card slot inside. 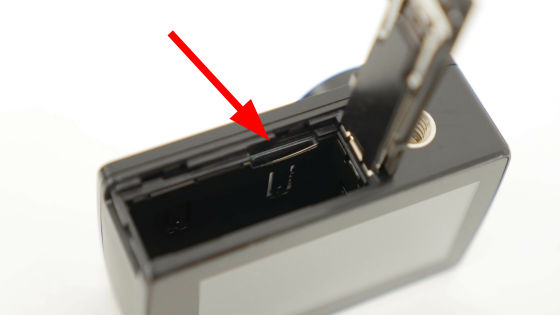 The battery is 1400mAh. Since the rival GoPro is 1160mAh, the capacity of Yi II is larger. 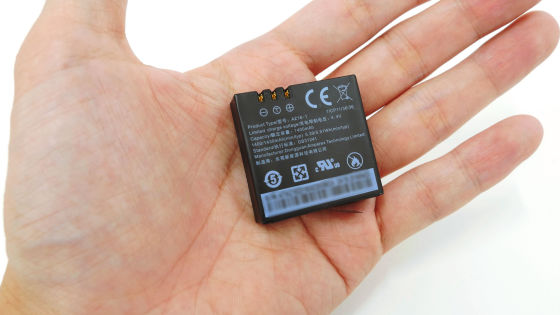 It was possible to insert and remove the microSD card even with the battery installed. 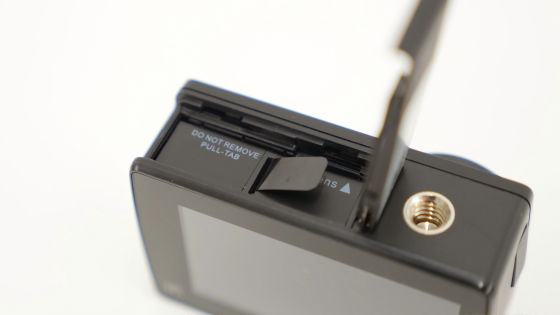 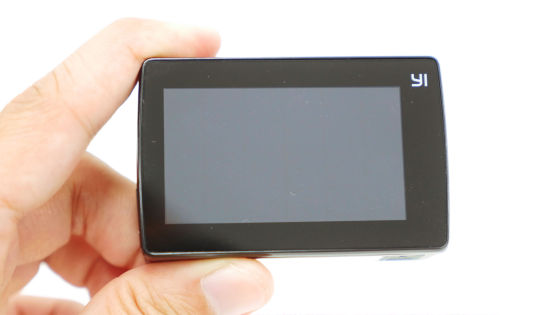 ◆ Compare appearance with GoPro
Compare it with your rival GoPro HERO4. 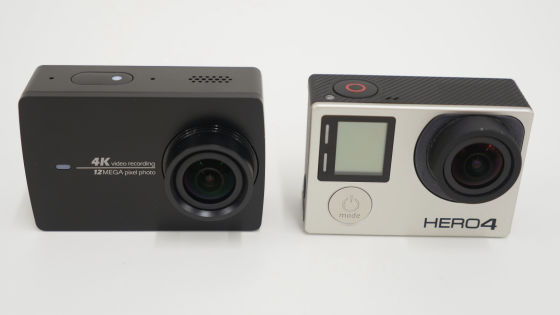 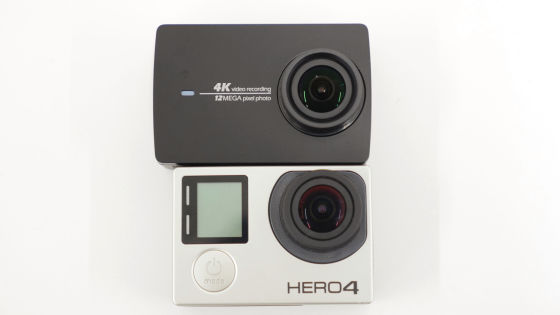 The thickness (depth) is almost the same. 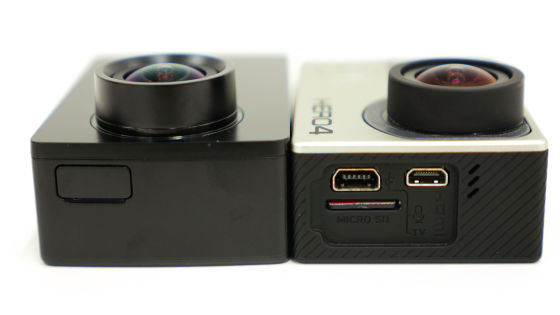 Comparing the GoPro HERO 4 Silver Edition with a liquid crystal display and the rear display, it looks like this. The LCD display feels much larger on the Yi II. 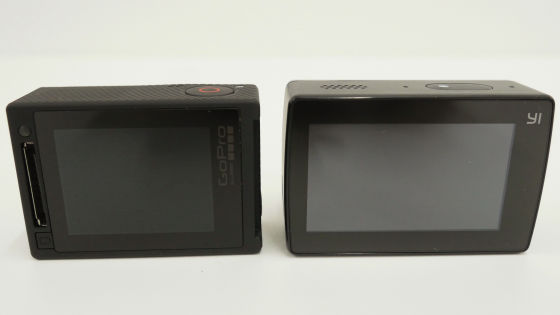 The difference in size is clear when in shooting mode. Since 16: 9 aspect ratio is often used for high-definition movie shooting, I feel that the Yi II is larger than the size difference of the LCD display and it is easier to check the shot movie. 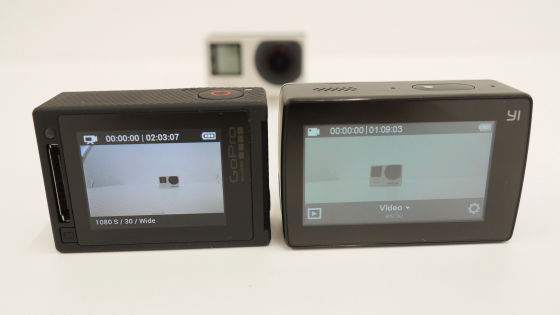 ◆ I tried using it
・ Operability
The Yi II can be operated by touching the liquid crystal display, except for turning on the power and starting / ending shooting with the buttons on the top. You can understand the ease of use of Yi II by touch operation in one shot by watching the following movie.


Not only is the touch responsive and snappy processor, but the simple and easy-to-use UI makes the Yi II easy to use. Even with the GoPro HERO 4 series, the UI such as the 'HERO 4 Black Edition' model that does not have an LCD may seem unintuitive and difficult to use, but the operability between Yi II and GoPro without an LCD monitor is clear due to the difference in cloudiness. That said, this ease of use alone seems to be well worth the switch from the GoPro series.


As a matter of course, I was able to shoot a 4K movie without breaking without dropping frames. The main body does not generate much heat, and there is no sign of thermal runaway. You can enjoy 4K movies as long as the capacity of the microSD card is available.

It's a beautiful 4K movie just because it's high definition, but I used GoPro's high-end model 'GoPro HERO 4 Black Edition' to shoot 4K / 30fps movies at the same time and checked the difference in image quality from Yi II. The movie is Yi II on the left and HERO 4 Black Edition on the right, using Yi II audio.


Under the all-automatic setting, it feels like a vibrant HERO 4 silver edition for the natural-colored Yi II. However, since the sky is blown out in GoPro, it seems that Yi II is a safer seasoning.

When you shoot 720p slow motion with Xiaomi's action camera 'Yi II', it looks like this-YouTube


◆ Summary
The Xiaomi Yi II has the same camera performance as the GoPro HERO 4 Black Edition, but at a super-discount price of about $ 250 compared to the $ 499 HERO 4 Black Edition. In addition, while equipped with an LCD monitor that can be touch-operated like the HERO 4 Silver Edition, it also supports 4K / 30 fps shooting, which exceeds the HERO 4 Silver Edition, which can only shoot 4K movies at 15 fps, and the GoPro HERO 4 series. It seems good to say that it incorporates all the good parts of. 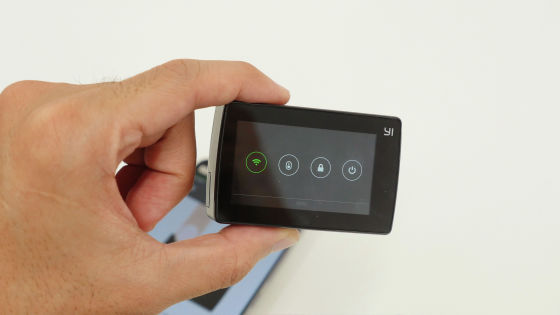 At the moment, GoPro seems to be leading in terms of having a wealth of accessories such as housings and built-in dedicated software, but Xiaomi's Yi II, which achieves the same high performance at half price, is powerful. It seems to have a presence in the action camera market as a rival.

Xiaomi Yi II is on sale at GearBest, which supports shipping to Japan. At the time of writing the article, the price for each color of black, white, and rose gold is 28,075 yen.