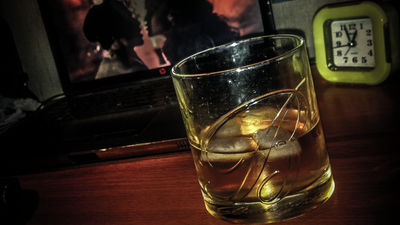 A report on whiskey making in a micro-gravity (weightless) environment, which has been carried out over the past few years, has been published using the malt whiskey 'Ardbeg ' made by Ardbeg Distillery.

THE IMPACT OF MICRO-GRAVITY ON THE RELEASE OF OAK EXTRACTIVES INTO SPIRIT
(PDF file) http://www.ardbeg.com/CDN/ardbeg-media/ardbeg/supernova/ARD9109SupernovaWhitePaperA4.pdf

At the invitation of Nanoracks, which is engaged in space experiments at the International Space Station (ISS), the Ardbeg Distillery participated in an experiment to investigate 'Does gravity affect the aging of whiskey?' And launched Whiskey Ardbeg. It was October 2011. In an experiment started in 2012, it was observed how Ardbeg matured under different gravitational forces on the ground and on the ISS, and in September 2014 Ardbeg returned safely to Earth.

Since it is not possible to launch barrels into space, NanoRacks' 'MixStix' tubular container was used in the experiment. The container contains 6 ml of ardbeg and oak cut into 1 mm x 1 mm x 6 cm instead of barrels. 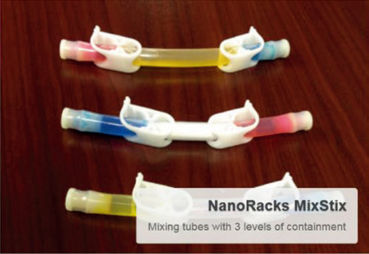 First, there was no significant difference between the values of major volatile organic compounds such as alcohol on the ground and in space. The unit of the numerical value below is mg / l.

As you can see in the numbers, the taste and aroma of the ISS sample is like preservatives, rubber and smoked fish, while the ground sample has a sweet and sour aroma reminiscent of old Ardbeg and mainly woody taste. It had a nice aroma and tasted like smoked fruits, spices and bacon.

Dr. Bill Ramsden, who is involved in whiskey making and distillation at Ardbeg Distillery, said, 'When I sniffed the samples that came back from space, I felt that Ardbeg's smoky and phenolic properties became stronger. 'I've never tasted this flavor before,' he said. 'I knew that Ardbeg had complex properties, but whiskey has the potential for additional aspects. This result shows that it exists, 'said the results of the experiment.

By the way, while Ardbeg Distillery focused on 'making whiskey in space', Ballantine 's, a prestigious Scotch whiskey, is developing whiskey glasses for use in space in collaboration with the Open Space Agency (OSA). This is the start movie of the project. 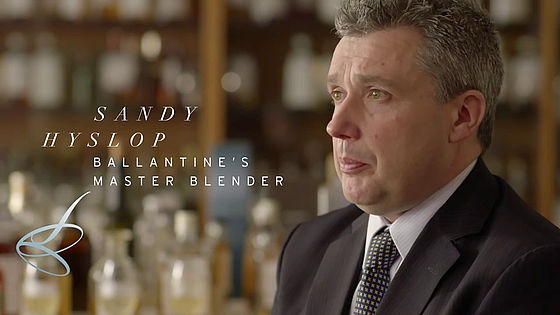 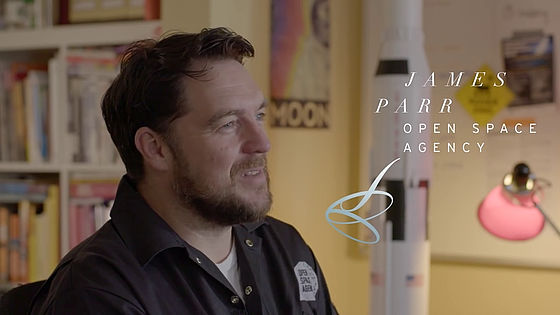 The challenge is how to handle liquids in a micro-gravity environment. 'The challenge of achieving a'wonderful cup in space'is as difficult as a rocket designer,' said Par. 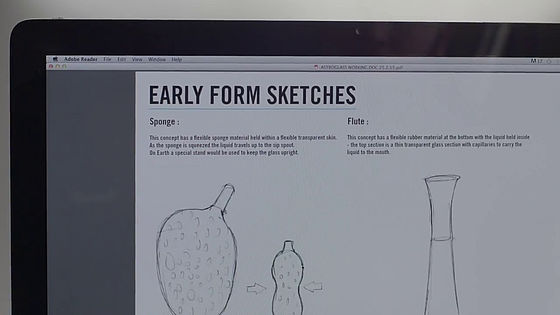 However, in order to achieve the goal, the Space Glass Project was promoted after repeated discussions. A number of designs will be created with a 3D printer. 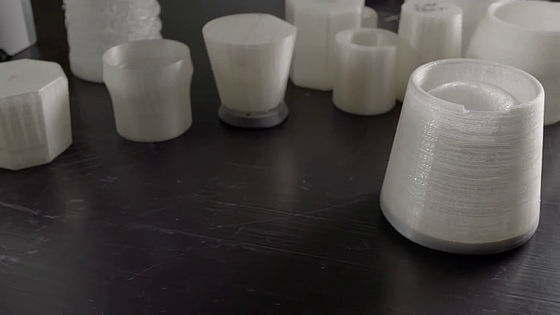 Next is a movie of the microgravity test.


Once the glass design is complete, it will be tested to see if it can really be taken into space and used. 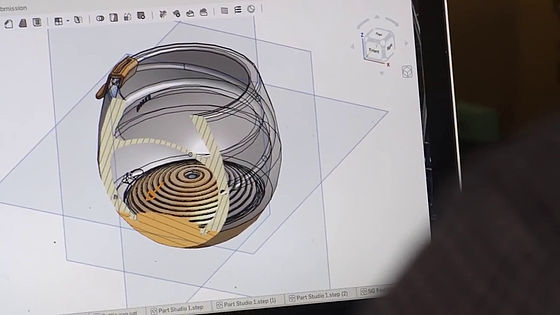 ZARM: Drop Tower , which can be tested in a micro-gravity environment. 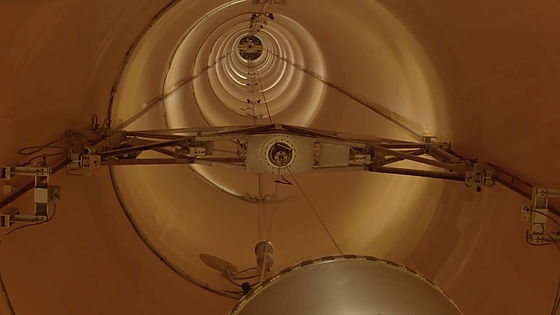 Liquid is poured into the glass 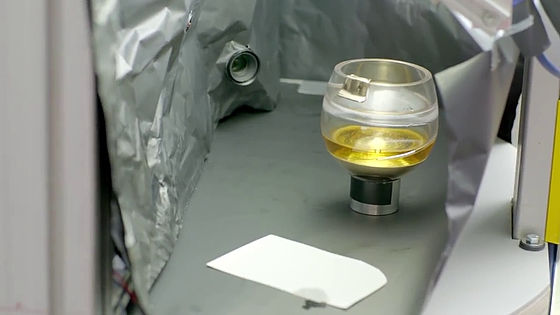 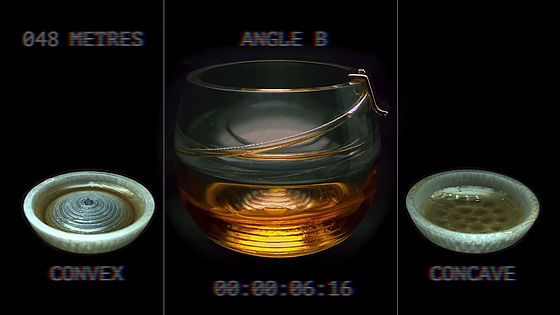 No liquid spilled from this glass. 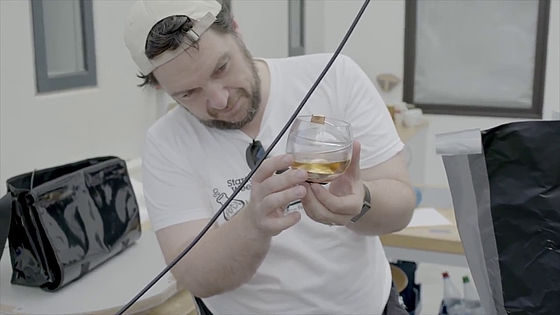 The metal parts serve as a mouthpiece, and the whiskey is sucked up and drunk through a tube that runs through the inside of the glass. 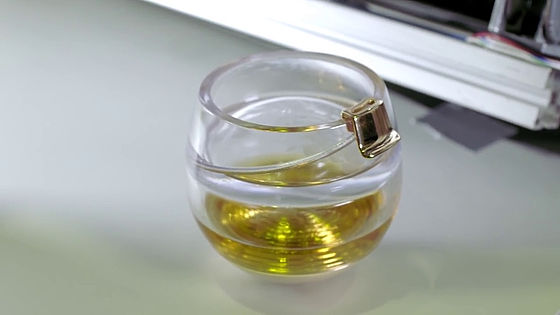 Although it has not been commercialized, an image video of how this glass is used is made.


The arm is holding the glass. 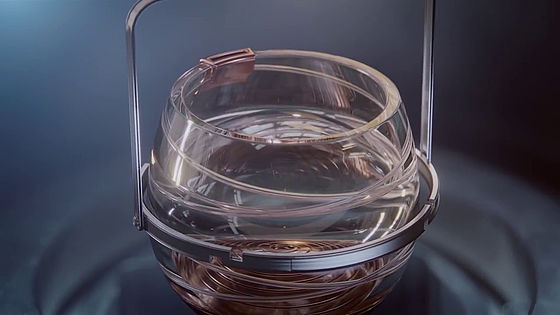 The glass is placed in the center of a large-scale device. People sitting far away are staring at the device. 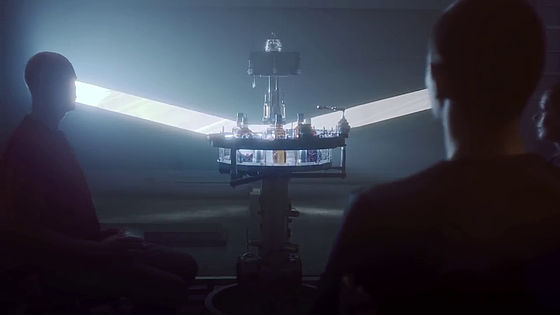 Then Arm grabs a bottle of whiskey ... 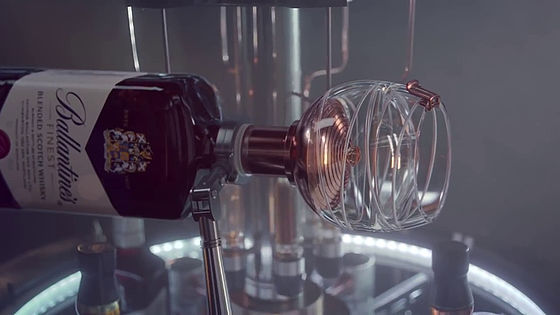 A whiskey ball is formed in the center of the glass, which seems to be a micro environment. 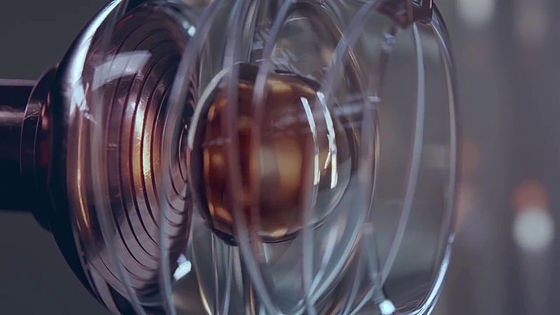 After pouring, the device throws the glass at the person. 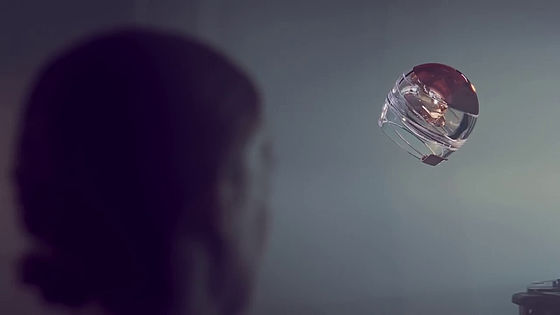 People who receive and taste whiskey. 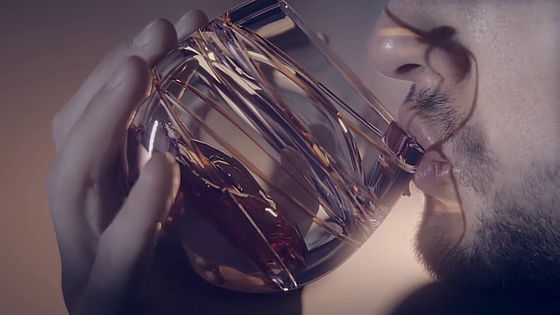 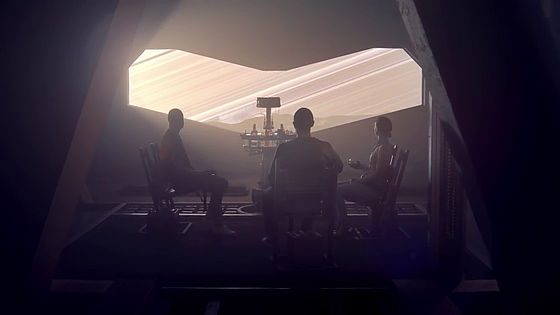 A scene that you have never seen spreads out. 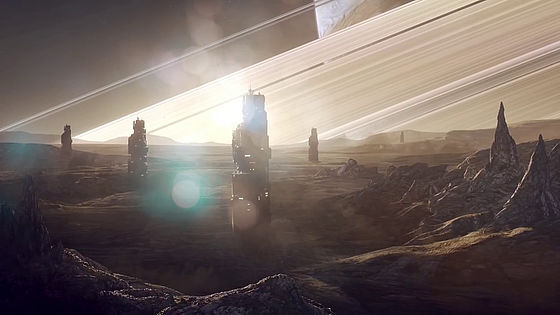 One day, human beings who have advanced into space will enjoy whiskey ...