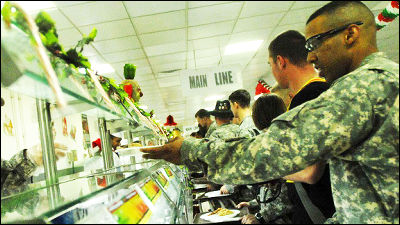 NASA has invested in a company that makes pizzas with 3D printers , chocolate company Hershey's is working on sweets development with 3D printers, and in recent years attention has been focused on outputting food with 3D printers. The United States Army focused on that technology, and is considering the introduction of combat food (millimessi) output by a 3D printer.

The Army Is Developing 3D Printers to Make Food-Defense One
http://www.defenseone.com/ideas/2014/07/army-developing-3d-printers-make-food/90284/

Securing delicious and nutritious food for soldiers is one of the most difficult tasks on the battlefield. There are only 24 types of battle rations of the US Army, and it is said that the reputation of taste is not so good, and the 3D printing technology was aimed by the US Army to solve the battle ration problem. 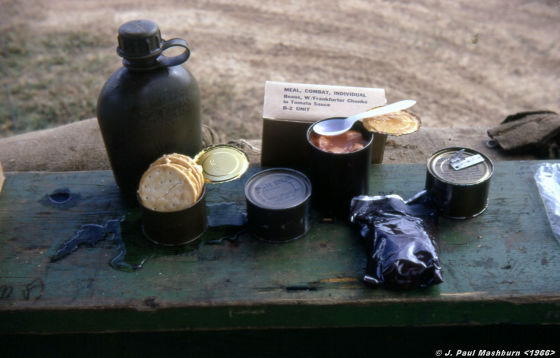 The existing technology to output food with a 3D printer was to mix water and oil with powder containing nutrients and stack it with multiple layers with a 3D printer to create food, but the US military will introduce What is said is a technique called ultrasonic treatment that generates ultrasonic waves to solidify particles.

Lauren Oleksyk, who is conducting research on combat food at the U.S. Army Natick Soldiers Research Center , said, 'The research team is developing sonic-type foods using sonication technology with a 3D printer. If successful, We are working on the output of foods such as pizza and pasta. If we can output various types of foods with a 3D printer, we can replace the existing battle rations,” said the researcher. In January 2014, the U.S. Army also announced in ARMY TECHNOLOGY that the use of skin for transplant created with a 3D printer will be approaching soon. Introduced in the magazine, the introduction will be revealed, giving a glimpse of the extraordinary effort put into 3D printer technology.