This is an illustration of the worst virus in computer history Computer viruses range from serious to mischievous, but there are many scary but unique ones, such as fireworks appearing on the screen when infected and being filled with x marks. So, 'COMPUTER VIRUS CATALOG ' is a collection of illustrations of computer viruses that were prevalent from the 1960s to the present.

Various illustrations will appear, but they are just images, and these illustrations are not actually displayed on a PC infected with a virus.

◆ Marburg
Marburg is a virus discovered in the United States on July 1, 1998. Shortly after infection, red icons with white crosses will appear all over the desktop. ◆ Stuxnet
Stuxnet, which occurred in 2010 and is also famous for targeting Iran's nuclear facilities. It is said that this virus, which has a strong infectivity to invade PCs that are not connected to the network via USB, was jointly developed by NSA and Israel. ◆ Mad Man
MadMan is a type of virus that infects executable files. Press Ctrl + Alt + Del to see the ASCII art of the face in close-up, and hit the key again to say 'Nothing can save you here, friend --you're in my world now!' The message 'I am under my control!)' Was appearing. ◆ Ikatako virus
This also infects via P2P, overwriting files on the PC and replacing them with images of squid and octopus. ◆ Techno
Techno is the type of virus that infects COM files. When you run the file, it will start randomly with a 1/10 chance, play techno music using audio, and display the word 'TECHNO' on the entire screen. ◆ Olympic Aids
Olympic Aids were discovered the day after the 1994 Winter Olympics. Contrary to its name, it is a virus that does not follow the spirit of sportsman, as something like the Olympics appears on the screen and freezes the hard drive the next moment. ◆ Implant
Implant is a virus that displays high-resolution images of sensual females. The horrifying thing is that after the computer is rebooted, all the data on the hard disk will be erased. ◆ Lichen
Start from infection after one month, the wreckage of the planet Krypton which is a weak point of Superman in less than a minute from no longer touch the keyboard kryptonite to display the kind of moss that was to model. ◆ Skulls
Skulls are worms disguised as antivirus software. Targeting mobile devices, destroying the functions of infected smartphones and making all icons skull and crossbones. It was a virus that made the function completely unusable. ◆ Melting.worm
The Windows worm that infects from the EXE file is Melting.worm. It spreads the infection by sending an email with an executable file called MeltingScreen.exe using the Outlook address book, and shuts down the user's computer under the guise of a screen saver. ◆ Happy99
A worm that was popular in early 1999 when you received an email with an executable file named Happy99 attached, and when you opened the file, the message 'Happy New Year 1999!' Was displayed with an image of fireworks. It is described on the website as 'no big deal compared to the New Year's hangover.' ◆ Melissa
Melissa is the oldest type of virus that spreads via email on a large scale. The origin of the name is that it is an exotic dancer that the author likes. ◆ Beda
When I ran a COM file infected with Beda, an RGB color animation was displayed on the screen. ◆ Selectronic
Selectronic is infected with a COM file, and on Friday the 13th, it plays an animation of a god of death crossing the screen with the text 'Countdown to Extinction ...'. ◆ SirCam
SirCam comes with an executable file and other information along with the message 'How are you?'. When you open the file, the program will start, an arbitrary address will be selected from the address book and Internet history, and an email will be sent without permission. ◆ Crash
Crash is infected using COM files and EXE files. Freezes the screen and displays the character's animation in a loop. ◆ ILOVE YOU
The worm 'I LOVE YOU' was discovered in 2000 and has been sabotaging all over the world while repeating self-proliferation. Also known as the Love Letter virus. ◆ Code Red
The worm Code Red was named after the researcher who discovered the virus was drinking a cherry-flavored drink called Code Red Mountain Dew. It is a virus that infects servers all over the world in just a few days after its appearance and has been targeted by the White House. 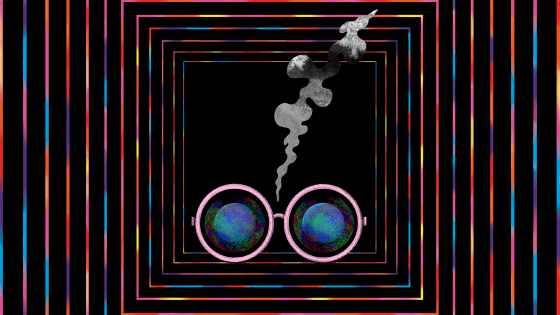 ◆ Kenzero
A virus called Kenzero infected more than 5,500 people in a short period of time and leaked personal information. According to the explanation of the site, it was put in a video file of an adult animation and spread explosively using a P2P network. I stole the user's browsing record and made it public, and sent an e-mail saying 'If you pay 1500 yen, the information will be deleted'.