What is the first book a user ordered on Amazon? 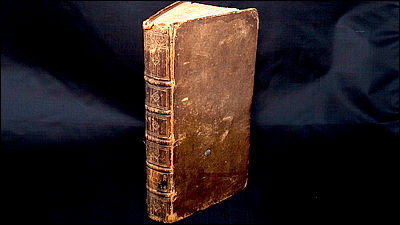 Now Amazon sells everything, not just real books, and even e-books with the Kindle, and it has become an enemy wherever it goes, but such Amazon also has the earliest start point. If you think about it more carefully, there is also a 'book ordered for the first time'. And from here on the internet, in response to the question 'What was the first book ordered by an Amazon user?', A person who bought the book via Amazon for the first time in the world uploaded a proof photo. Gave me.

Amazon Company History: What was the first book ever ordered by a customer on Amazon? --Quora
http://www.quora.com/Amazon-Company-History/What-was-the-first-book-ever-ordered-by-a-customer-on-Amazon This is the delivery note that arrived with the actual book I purchased it on April 3, 1995, and it is still properly recorded in the ordered list if I log in to Amazon, and it seems that it is the first order from someone other than Amazon employees.

It is said that this memorable world's first order was made from the T1 line of Kaleida Labs, a joint venture between Apple and IBM that was working at that time.