The existence of the minutes full of prejudice that 'as the depiction of the female lead type progresses, a homosexual tendency appears and psychologically normal sexual intercourse becomes difficult' is revealed 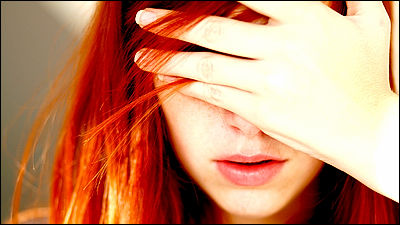 The second outline of the Miyazaki Prefectural Youth Healthy Development Council is too much, and it has become a hot topic on the Internet.

You can browse the problematic part on the following page. 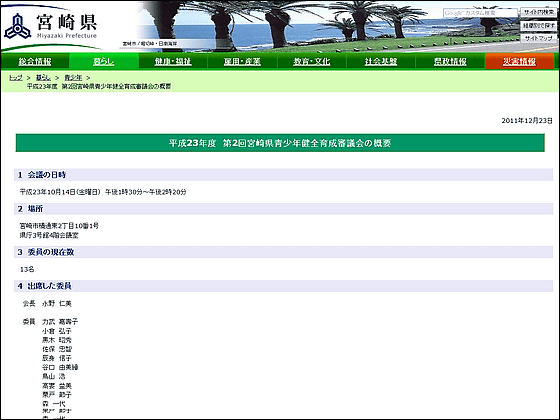 This was released on December 23, 2011, and was posted as the main opinion / question about the designation of harmful documents based on the 'Ordinance on the Sound Development of Youth in Miyazaki Prefecture' after the documents were circulated. What you are doing. Among them, the following points were particularly problematic.

A committee
In these books, the violence and cruelty are a little overshadowed, and most of the content stimulates sexual feelings, in which there are many depictions of females leading males, which if adolescents read it. I think that women will instill a biased sense of values that they want such things.
Also, as the depiction of the female lead type progresses, a homosexual tendency emerges, making it difficult to have psychologically normal sexual intercourse.
In the consciousness of men, I think that I may not be able to lead, so I can not say unconditionally, but it is said that there is a stronger tendency to go to homosexuality.
That's exactly what happened in today's books, so I thought it would be very dangerous to mix it with ordinary books in a way that young people could see.

It is pointed out on the net that the prejudice is particularly severe in the part that 'as the female lead type depiction progresses, a homosexual tendency appears and psychologically normal sexual intercourse becomes difficult', and the following It is summarized as follows. There are many books that women lead, and the biased values that women want to do that. No matter what you read, if you think 'there are only those people', it's a biased value, and your value is the most biased. A female lead book will come out and it will be a homosexual, so I want you to make it dangerous or sloppy.

As in the case of the Toseikyo, which said that manga lovers have cognitive impairment, regulatory groups (such as the Society for Considering Pornography Damage and Sexual Violence and the Study Group on the Problem of Pornography Prostitution) do not care about this Miyagi Prefectural Youth Health Council. Probably. They did not protest against Governor Ishihara's homosexual discrimination. Regulatory human rights violations seem to be beautiful human rights violations, right?

People who do not have the necessary knowledge for such discussions are chatting and having fun, relying on their obscene feelings and prejudices.

'There are virtues that people should obey in this world, and there is a sound sexual norm. There is no doubt that it is. The significance of society is to nurture people's virtues and to foster healthy youth. However, those who lack virtue will get a lowly profession, so let's do our best not to do so. '

Of course, they 'don't like it' because it's not ideal for them. It's a value. But if they were to be 'natural humans' with that ideal, they wouldn't decide on their own.

The outline of the 2nd Miyazaki Prefectural Youth Healthy Development Council. The content of the discussion is also messed up (the scientific factors of homosexuality have not been confirmed in either heredity or environment), but in conclusion, he said, 'Environment that may strengthen homosexuality → very dangerous.' I really can't believe it ...

Commissioner A, who says this in public, seems to have some very perverted libido, but am I crazy ...

I would like this committee member to write a manga that enlightens 'normal sexual intercourse.'