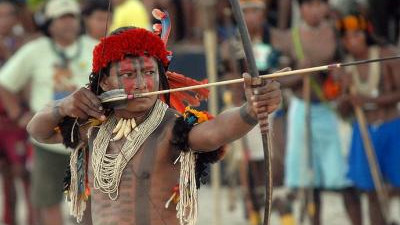 It is widely known that certain animals and plants are toxic, for example poisonous frogs. And human beings are sometimes poisoned and sometimes used to live. This article lists the 'poison

arrows' used for a total of 7 types of 'poison arrows ', including 5 toxic plants, poisonous frogs, and poisonous insects.

Poisoning arrows has had a direct benefit to tribes in South America, Asia, and Africa, as the paralytic properties of many poisons significantly deprive them of their prey's motility. It may be fun to think about the history of humankind, which has used poison since the Paleolithic era to kill its prey more quickly and reliably.

Aconitum, known in English as the 'monk's hood,' is used by many tribes in the Northern Hemisphere. Ladakh use to take the wild goat, as a tool for hunting and war in China, and in the case of Hokkaido Ainu called aconite as 'Suruku', poison arrows and tricks bow that was extracted from the roots and stems I used it for 'Amappo' to catch deer and brown bears. Also, each family had their own secret recipe. When humans and animals ingest large amounts of aconite, they die almost instantly, and even small amounts die in 2 to 6 hours. Early symptoms include dyspnea and vomiting, and the cause of death is ventricular fibrillation or cardiac arrest . All plants of the genus Acocantera have toxic sap and contain Tribes in Togo and Cameroon often use this poison to hunt monkeys and other wildlife, as this poisoned arrow can cause cardiac arrest if it hits a creature. Poachers who are worried about being warned by the authorities by using guns will also use this poison. In addition, trees Akokantera the

San People are also known as because there is used well, 'San People of poison'. By the way, there are 90,000 San people living in South Africa. 'Curare' is a general term for hunting poisons that have been used by tribes throughout South America for bows and arrows and blowguns for centuries. Although the ingredients differ from region to region, we mainly use a plant of the genus Strychnos of the Loganiaceae family called Strikinos toxifera as a poison arrow. When this poison acts on the prey, the respiratory muscles stop and suffocate. Curare is also used as a muscle relaxant during surgery in the medical field. Trees of the genus Strychnine have two toxic compounds, brucine and strychnine, in green leaves and round seeds. Strychnine is dangerous because it is one of the most toxic substances known to humankind, but trees can be vigilant because they give off a foul odor from the flowers in advance. It has long been used as a rodenticide and murder tool, and has been used as a poison dart for centuries in Assam, Myanmar, Malaysia and Indonesia in India. the chief of the Limba tribe in Sierra Leone is immersing the poison of machin at the tip of an iron arrow. The seeds contain 1.5% strychnine, but the flowers and bark are also poisonous. When humans and animals are poisoned, they suffer from paralysis and then severe convulsions, which can eventually lead to death. On the contrary, it is also used as a stomachic medicine, a fever, and a medicine for indigestion. 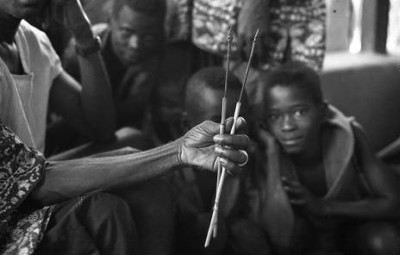 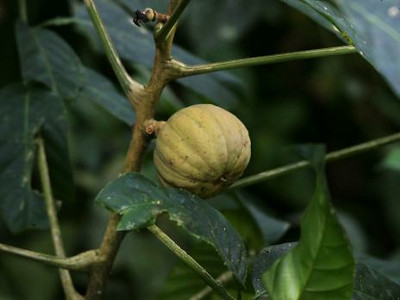 There are many thorns on the bark, which is why it is also called 'a tree that monkeys cannot climb'. Fishermen use this tree to poison fish in rivers, and Caribbean Caribbeans apply milky white sap to their arrows. This man is a member of one of the tribes that make up the Caribbean, 'Kali'na tilewuyu'. Poison dart frogs are so famous that 'arrow poisons are frogs'. Found in South America, it also inhabits southern North America and Hawaii. Batrachotoxin , histrionicotoxin, pumiliotoxin there are species with three types of neurotoxins, such as, inter alia golden poison frog species that can have a strong toxicity as indicated by the name, all not Yadokugaeru only It is the strongest toxicity in living organisms. 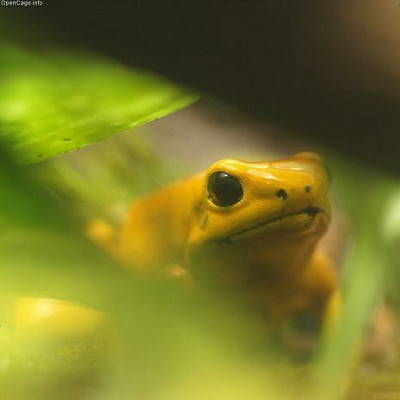 It is highly toxic to the skin on the back, and when the poison enters the body of humans and animals, it causes muscles and nerves to atrophy and cause death. Histrionicotoxin and pumiliotoxin can kill adults with only 150 micrograms, and the batrachotoxin, which is abundant in golden poison frogs, can be killed by human touch. It is so toxic that chickens and dogs will die just by touching a paper towel that comes in contact with the poison. Also, the poison of the golden poison frog is said to be enough to kill 10,000 rats or two elephants. The image is a golden poison frog. 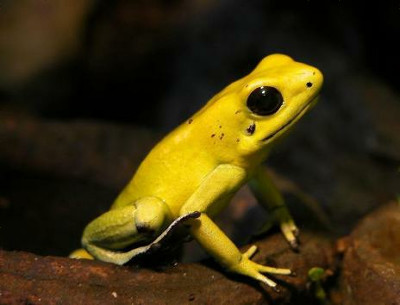 The tribes 'Noana má Chocó' and 'Emberá Chocó' found in western Colombia use poisons extracted from these frogs. Interestingly, the Poison dart frog in captivity loses its toxicity. 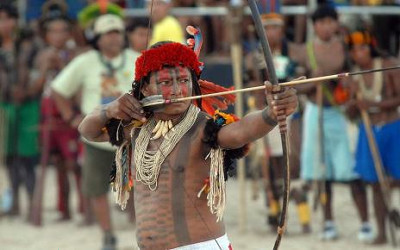 Diamphidia is a type of Colorado potato beetle that is extremely toxic. The internal organs and larvae are the most toxic and are used as arrow poisons by tribes living north of the Kalahari Desert. Since the poison is slow-acting, it takes 4 to 5 days to die in the case of large animals. In such a case, it seems that the weakened part will be killed directly. Occasionally used in combination with other poisons. 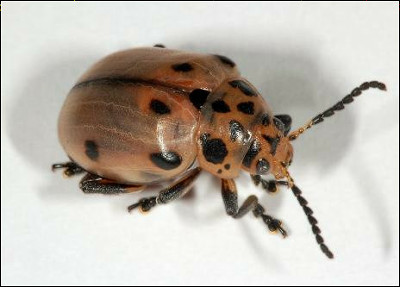 The San people take great care and use a stick to rub the powdered larvae and sap into the arrow. Some tribes squeeze the larvae directly on the arrow.