At the beginning of the Google Earth service, there were many images showing military facilities so clearly that it was a bit of a fuss as governments expressed concern. Such images would never have been exposed a long time ago, but recently, such images have been used by the general public to thoroughly investigate the deployment status of North Korean anti-aircraft guns and mortars and publish them. Some people are. 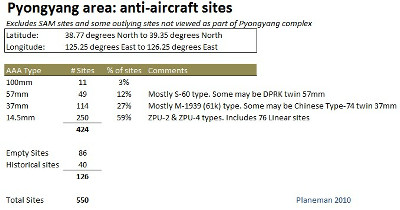 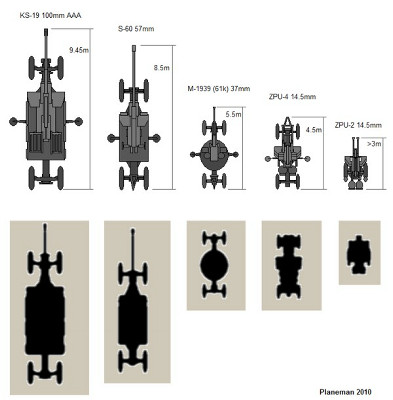 The anti-aircraft gun defense line seems to be designed this way, 14.5mm anti-aircraft gun placement map. The circle indicates the effective range of 1.4km. Although the lines are formed, the effective areas do not overlap, giving the impression of being patchy. A typical anti-aircraft gun site. You can see 4 gates in the image, but there may be something that is disguised and cannot be seen from the sky. Deployment status of 37mm anti-aircraft gun. Effective range 4km. You can clearly see that it surrounds the city of Pyongyang. 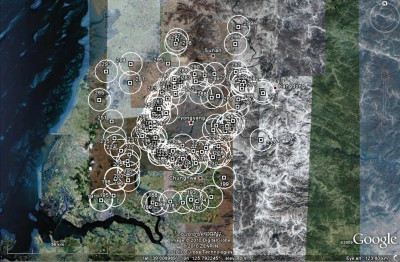 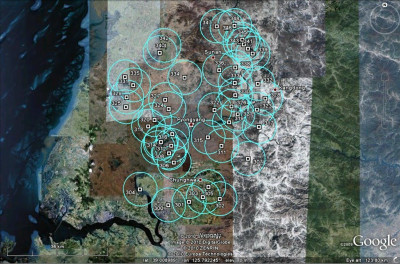 Seen from the sky, it looks like this. By the way, it is also an effective camouflage to put

dummy balloons in the shape of anti-aircraft vehicles and tanks for reconnaissance by satellite images like this. 100mm anti-aircraft gun. The number will be considerably reduced. 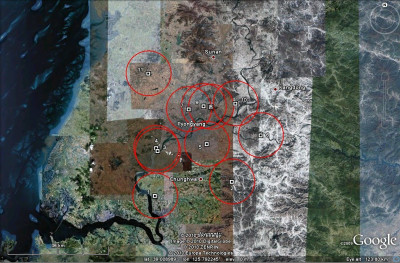 Furthermore, a site that was abolished before and can no longer be confirmed in images recently. Note that many were previously deployed in Pyongyang. When all are put together, it looks like this. 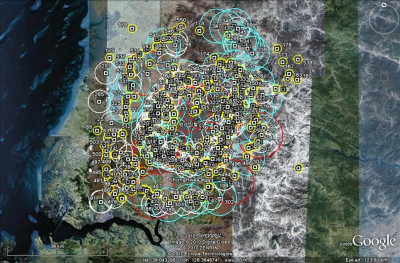 ■ Artillery unit
This is the location of bases that carry out ground attacks such as mortars. You can see that all directions are kill zones centered on Pyongyang. Especially the western coastal area seems to be protected quite thickly. If you display only the positions where the guns are not placed, it looks like this. In an emergency, the gun is moved from the base and deployed, but if you look at this, you can somehow understand the position of the base.