Darker Side of Akihabara: Game Copying goes Too Casual Needless to say, illegal copying of softwares has been always a problem in the history of computer. But it has been tolerable in a way for access to the "secret information" has been limited to the few and everything has been done in the shadow.

Today the situation has changed. Casual copying is like a deadly pandemic for the market. In Akihabara, there are so many retailers who handle those gray devices, accelerating casual copyings.

A night in Akihabara. People come for PC parts, anime goodies and a relaxing time in Maid Cafe. An ordinary building with something amiss. 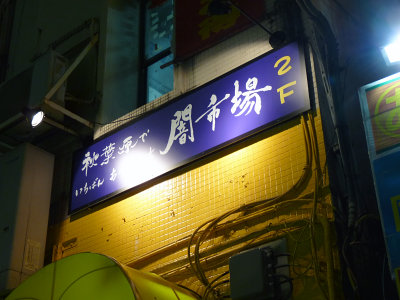 Chu-Oh Dori, the main street of Akihabara district, where major game and anime shops stand side by side. 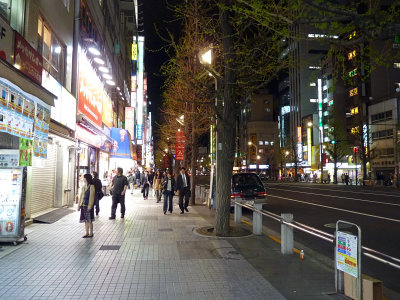 OMG, we found another Majikon shop in such a busy place. Seems to be settled in the second floor. 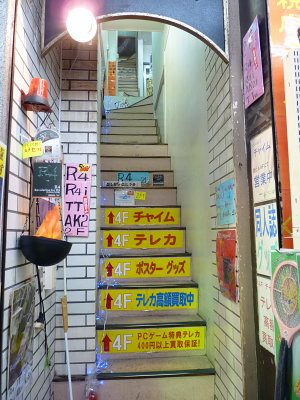 They also got wireless LAN penetrator hardware. It's illegal in every way. Back-alley is quite a popular place for those who came to see PC parts. But it's rather quiet in the edge. "We fight for Akihabara Tradition" They say "It's nothing illegal to download game software. Feel free to shop from us." 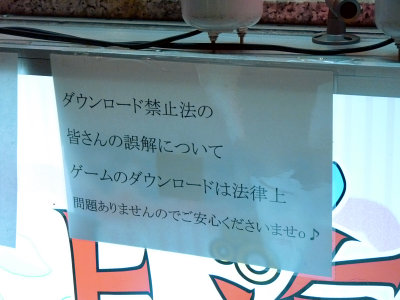 And another old building. Poor-tasted signs in front of the door. "This LAN adapter enables to freeride on someone's wireless network" Of course they got Majikon. "CATV tuner for experimental use" And even B-CAS card used for decrypting DTV datas is sold at the shop. It's absolutely not for sale. 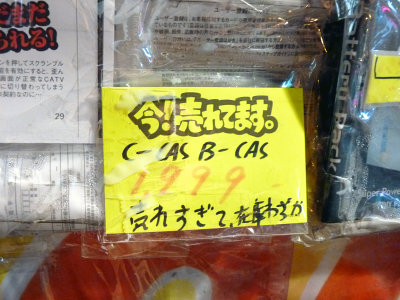 There are still more of these shops in Akihabara we couldn't cover. And even more on the Internet. Nintendo recently won the lawsuit against game backup device distributers but it does almost nothing for now.

Genuine or Forgery? Autographed Illustration of EVANGELION up to bid - GIGAZINE