The utmost DIY can get: A Booming Tesla Coil and 30-Ton Press Machine 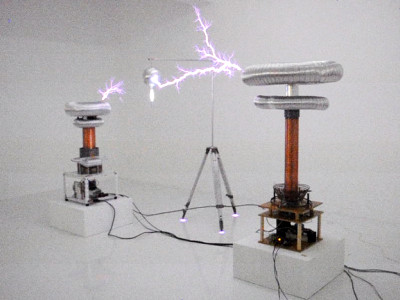 It's so hard to lay down a boundary between practical things and pieces of art, especially when you see a booming Tesla Coil playing classic techno tune "Popcorn".

At the exhibition space 3331 Atrs Chiyoda in Tokyo, they had a unique compilation of installation dubbed "Extreme DIY".

"Extreme DIY" was exhibited as a opening celebration of Arts Chiyoda 3331. 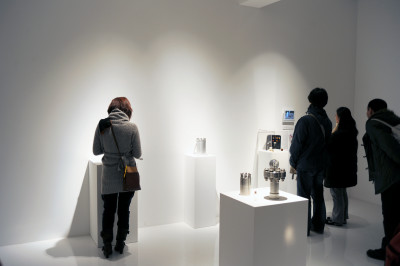 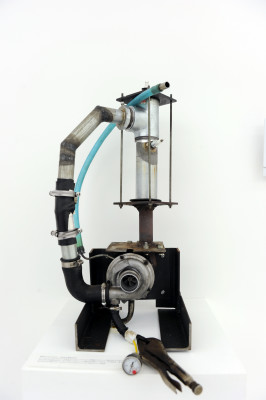 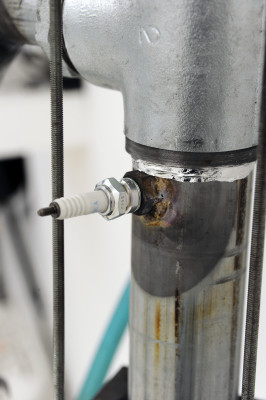 Jet turbine was made from turbo charger for lightweight car engine. 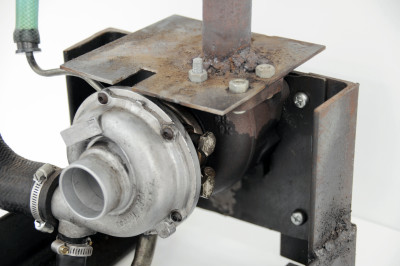 Has a nice taste of hand-built products.. 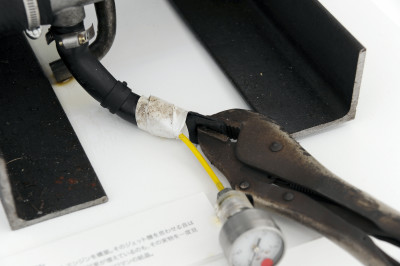 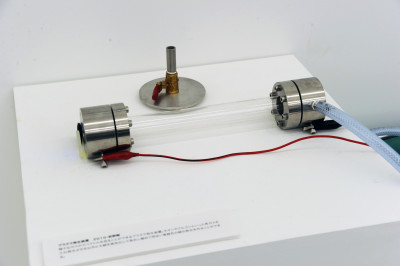 High voltage electricity through void in the glass cylinder sets off the thing nearly equal to Aurora. 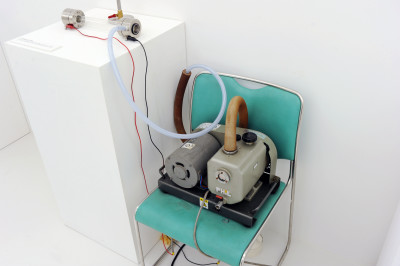 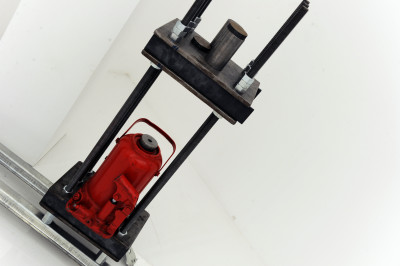 Things collapsed by the press machine; see thin coins got even thinner. 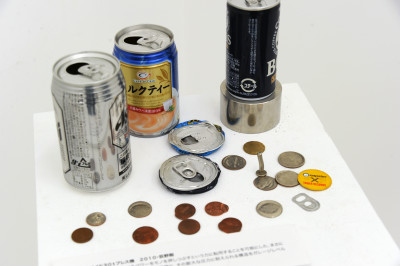 So here's how it works.


In front of the can is a can collapsed to look like a metal disc. 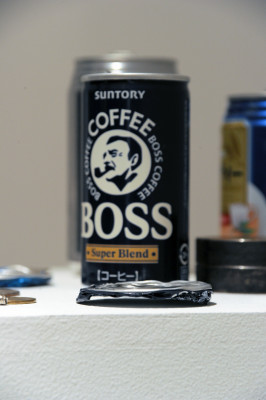 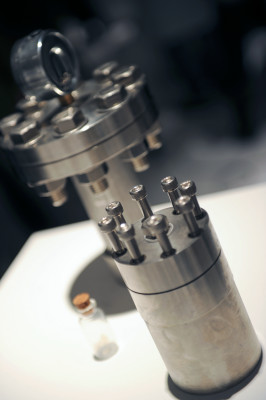 Thin aluminum gaskets were used, for rubber gaskets are too weak to withstand its high pressure. 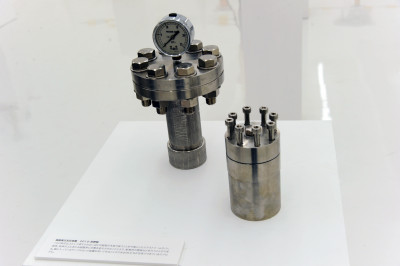 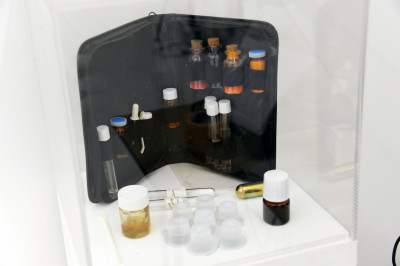 A description. With these chemicals in the set, you can produce the flavor of world-famous soda drink. 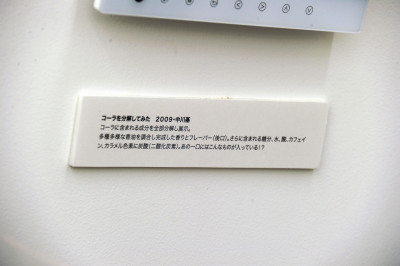 Some random pieces by Tsuyoshi Hagino; "Et Cetera" a precision injector and a "Teflon teacup", a strongest teacup which has acid and alkaline resistance. 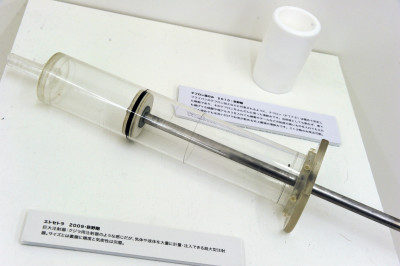 "Floating Object" by Tsuyoshi Hagino. The small sheet of metal is made of an anti-magnetic metal and floats in magnetic field. 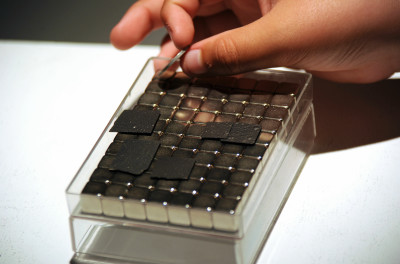 Here's the video. See the difference between non-magnetic coins and objects. 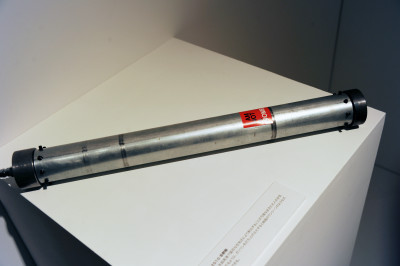 It's a high-pressure water gun. 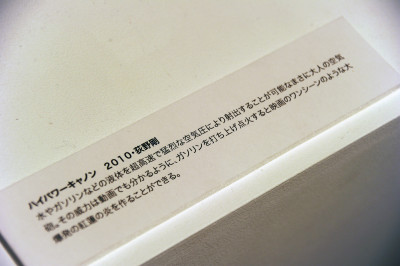 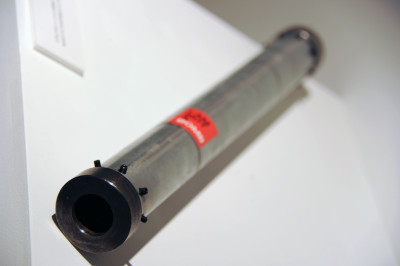 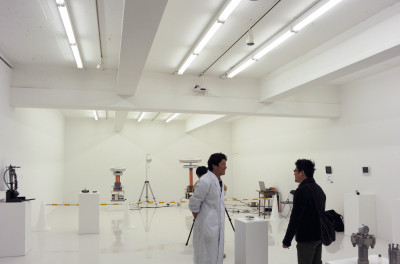 Its high-voltage electrical discharge can easily harm heart pacers and other implanted devices. So the area is closed when it's on.


It's so powerful that fluorescent lights flashes with leaked microwave generated on discharge.


Tesla coils were controlled by the laptop. 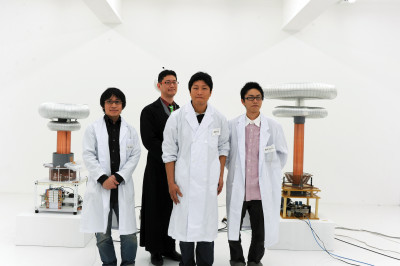 Hacking, DIY and Art Creation has quite a close relation, for these three are all about exploration on what are this whole world made of. They are acts to understand the mechanism of the world we live in. Mr. Suzuki's comment "DIY-ing makes us see every piece of junk metal as treasured material for creation" proves it.