Ever Heard of Vanuatu where Men Paint "USA" On Their Chest and March under the Stars and Stripes? Our Japanese reader living in the Republic of Vanuatu informed us of the wonders of the South Pacific islands, including land-diving (Bungee jumping), the enormous Nabunga tree, Mount Yasur volcano, beautiful treehouses, dugong, kava bars(nakamal) and villages of Tanna island where people run up the flag of the United States every morning, parade military-style with "USA" painted on their chest for their annual festival. Sounds a bit extreme?

Our reader provided us some video footages and beautiful photographs. Let's take a look.
Here's a video of the parade of "John Frum Day" held every year on February 15th. John Frum is said to be the name of the captain of the cargo ship that drifted to Tanna island during WWII which brought the villages tremendous wealth, who later became worshipped by the cargo cult.
YouTube - HD Vanuatu: Festival of the John Frum Cargo Cult Here are some pics. The people's peace-loving nature is one of the main attraction of the country. 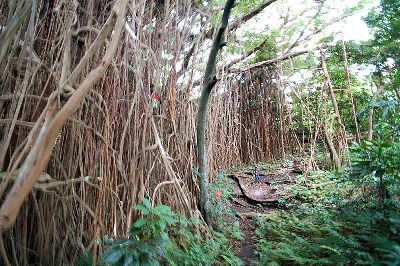 This video of people climbing the tree gives you a pretty good idea how huge it is.
YouTube - Vanuatu: Nabunga Tree 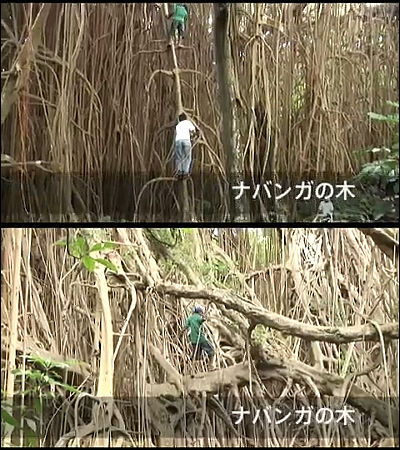 Land diving at Pentecost Island. It's a test of courage, traditional rite of passage into manhood.
YouTube - Vanuatu: landdive