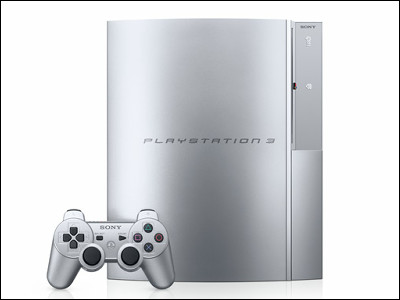 Sony seems to plan to sell the new model of PS3.

It expects that it is announced while the pattern turn which it has already guessed a new model is clear, too, and comparatively near.

Details are as follows...

The pattern turn which it guesses PS3 of the new model there is written though it is announced by the page of the Ministry of Public Management, House Affairs, Posts and Telecommunications officially when it is recognized when it is conformable to Radio Law about the machine which does radio communication such as a cellular phone.

According to this official announcement, it is said that it was recognized when the machine of the pattern turn of "CECHJ00" of SCEJ was conformable to Radio Law on February 12, 2008.

According to the pattern turn of PS3 which is already on market, the possibility of "CECHJ00" to be the new model of PS3 is high.

According to the following page, it thinks that it was authorized is that there are some announcements while it is near because it was October, 2007 which hit it one month ago of sale when PS3 of the existing model was conformable to Radio Law.